In the last one year of its operations in Hyderabad, Glocal Junction has been getting to be quite a popular watering hole for its quirky menu offerings, be it it’s refreshingly kickass take on drinks or innovatively done local cuisine, married with global ingredients and styling.

Recently, the management at Glocal hosted a bloggers table to announce its new menu, as well as a lunch buffet (at a friendly Rs 499 +taxes, with a soup and salad buffet for Rs 299 + taxes and and a Sunday brunch, to boot.

Chef Rohan Philip the corporate chef of Glocal was in town to steer patrons through the new menu, with quite a few interesting additions.

We started off with Doner Puri, a twist of our popular Indian street snack, a crisp Indian puri stuffed with Lebanese-style cooked chicken, hummus, lettuce. Fresh, crisp and crunchy, with the chicken providing both substance and bite, this one is a winner, which will surely top the popularity charts of the Small plates section of Glocal’s new menu. 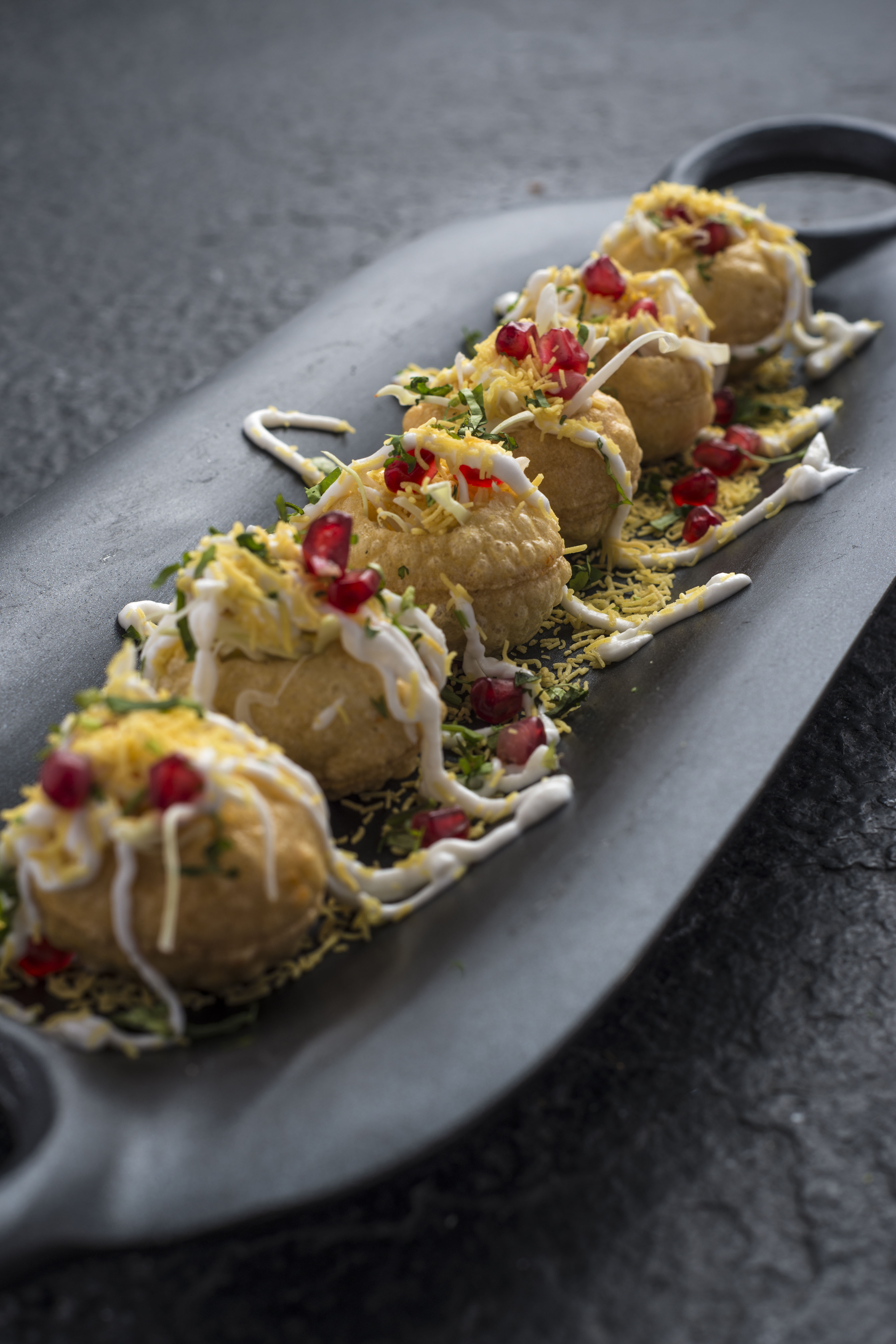 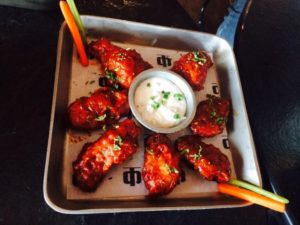 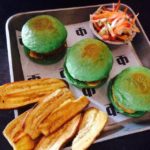 Vegetarian starter options offered were Vegetable Saoji Sliders, with the spicy saoji masala dominating the minced soya-veggies filling in a spinach-infused burger, I didnt quite take a shine to these. But the Colocasia (Arbi) Tuk which I had the presence of mind to order, (after all, Aloo Tuk is one of the best Sindhi dishes and part of the ownership of Glocal is Sindhi)! The yummy, masaaledaar crispy crunchy arbi or colocassia niblets were true to form, the masala being its true magical essence, would make a superb munchie for cocktail evenings, I make a mental note. (Alas, forgot to click pics of Arbi Tuk!)

We moved onto the Street Foodsie section of the menu, with chef Rohan ordering some Tokri Chaat (okayish, the only difference being filo sheets filled with chaat), Sabich (an Israeli street snack) and Kachapuri. Now these latter two were worth talking about.. 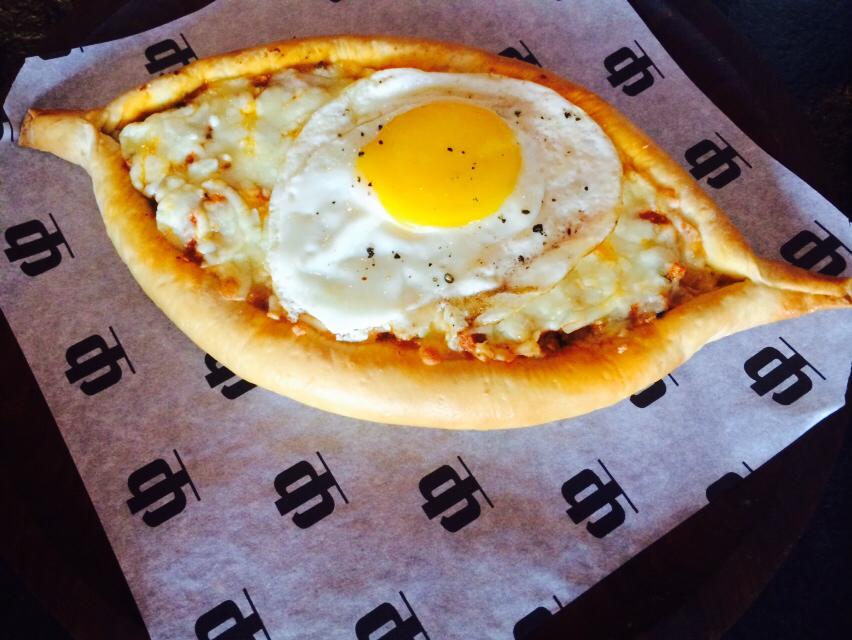 Khachapuri is a Georgian national dish, which means cheese bread, and comprises of blended chicken mince on a boat-shaped hot pie, melted with cheese and topped with a fried egg, sunny side up. Can it be anything other than delicious? Filling, wholesome and bursting with flavours, this one was a winner around the table.

So was Israeli speciality Sabich, which was pita bread sandwich with fried aubergine and boiled egg.

In case you were wondering, the menu has plenty of healthy options too, like salads and grills. But we moved onto mains, choosing (wisely, it turned out) Rice Conjee Risotto with Soy Grilled Fish, Glocal’s little twist of Italian arborio rice cooked in a Japanese conjee and topped with soy-marinated grilled fish. This one was soul food, with the risotto creamy and yet with an earthy texture, thanks to the rice conjee, and the grilled fish was just the right thing to add with it, was so perfect! 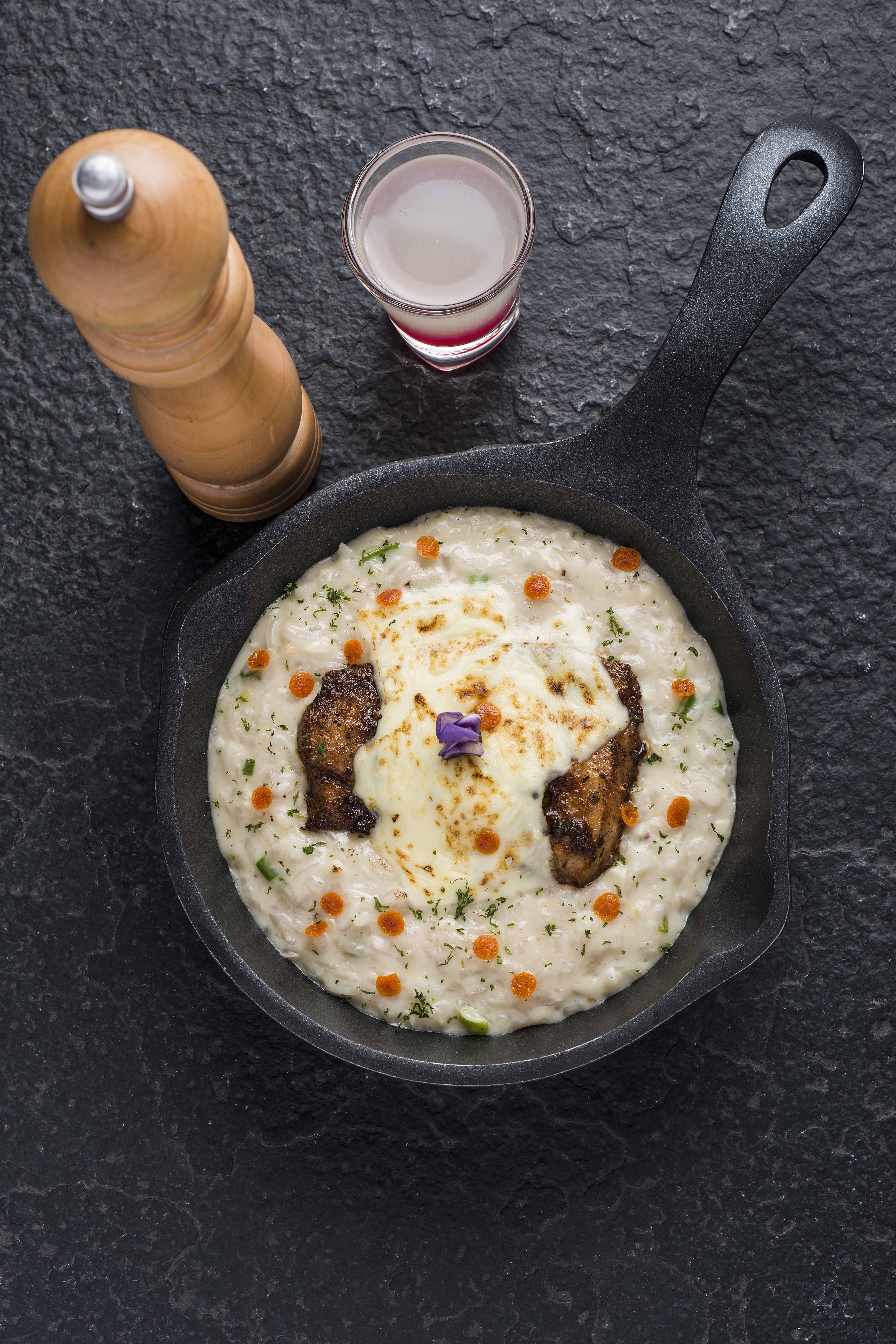 So much food, so little stomach food, but there had to be a wee bit space createdfor desserts. We tried the Oreo Banoffee Muffin, (oreo biscuit and banana muffin with caramel sauce). Not a great fan of either banoffee or caramel but for those who like both, it must have spelt delish!