Palm oil, which is extracted from the flesh of the fruit of the oil palm species, primarily from the African palm oil species, is the most widely consumed vegetable oil globally, thanks to its versatility and various user-friendly aspects. It is trans fat free, cholesterol free and high in carotene and vitamin E. It is furthermore neutral in taste with a high smoking point and a longer shelf life. It also has good resistance to oxidation and high heat at prolonged elevated temperatures making it an ideal ingredient for frying oil blends. At room temperature, it is semi-solid and therefore is a much-used ingredient of soaps & lipsticks etc.
Any wonder then, why palm oil is the toast of not only the food and food processing industry, but also of the cosmetics sector (the smoothness in shampoos and creams comes from palm oil as an ingredient) and a good chunk of the biofuels market too?
Of late, however, the palm oil industry, predominantly in Asian countries like Malaysia and Indonesia, has been coming under the scanner of environmentalists because of the alleged rampant planting of oil palm tree plantations, (both because of their low costs of production and very high yields), sometimes replacing protected green cover such as tropical rainforests, which are very essential for the planet .
In an exercise to promote awareness about palm oil and present an industry perspective, while clearing the air, the Malaysian Palm Oil Council (MPOC) India has been organising several interactive sessions across metros with food bloggers, writers and influencers.

India, after all, is one of the largest importers of palm oil from Malaysia and Indonesia. Recently, the MPOC country representative of India and Sri Lanka Ms Bhavna Shah hosted a similar interaction, titled “Palm Oil Gourmet Delights 2020″ in Hyderabad. 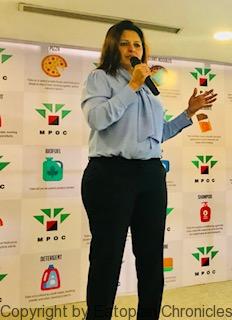 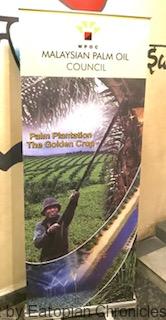 The event, which was held at Smoky Pitara, Jubilee Hills started off with an AV presentation by Ms Shah, followed by a Q&A session about palm oil, its uses and benefits, as well as some industry statistics. To my question about challenges of the oil palm cultivation, especially those related to wildlife and environment conservation, (the orangutan extinction is being attributed to the rampant palm tree cultivation replacing rain forests), Ms Shah answered that eco-friendlier options of palm oil cultivation are being researched even while we were discussing this. She also spoke of the Big Western Countries Lobby which has been trying to keep smaller, developing countries such as Indonesia and Malaysia out of the big league of prominent vegetable oil producers.
This was followed by some fun activity involving palm oil, with a beginning of guessing the restaurant venues where the next piece of action would be.
My team of three started off at 10 Asia, where we assembled ingredients, all of which use palm oil, for a dessert and finished it too.

Next up was Tiki Shack, where we had to answer a quiz on palm oil and moving forward, we were at Urban Asia assembling a fresh green salad, using palm oil as dressing. Then followed a blindfolded-tasting of a dish and guessing its ingredients, at Eat India Company. 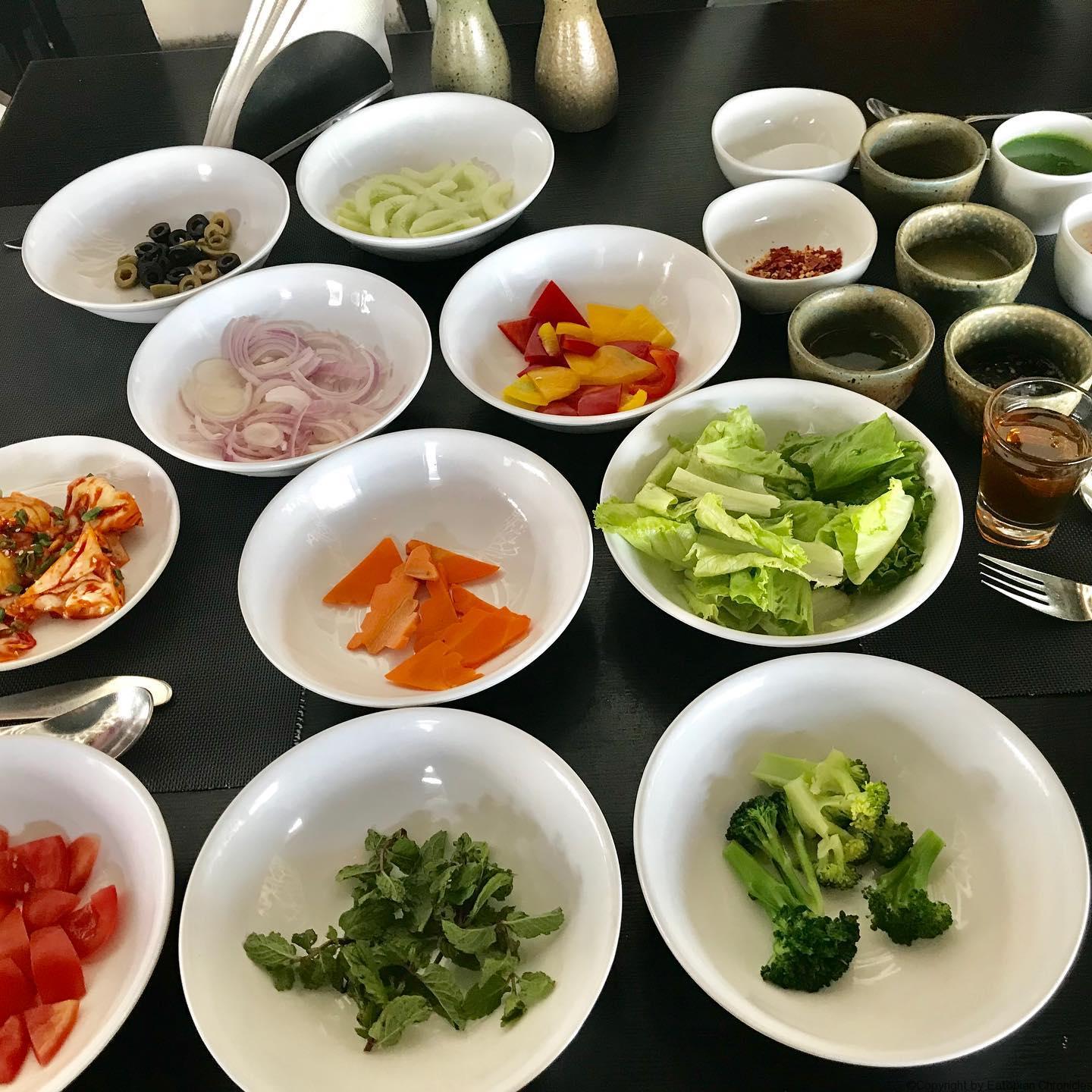 The salad which we mixed up !

The session ended with a Bollywood dialogue session, posing with fancy, colourful boa feathers and hats, in short having a blast! Our team was happy to receive the first prize for the salad mixing contest and general interaction, and we had more fun and conversations over a huge lunch buffet spread. 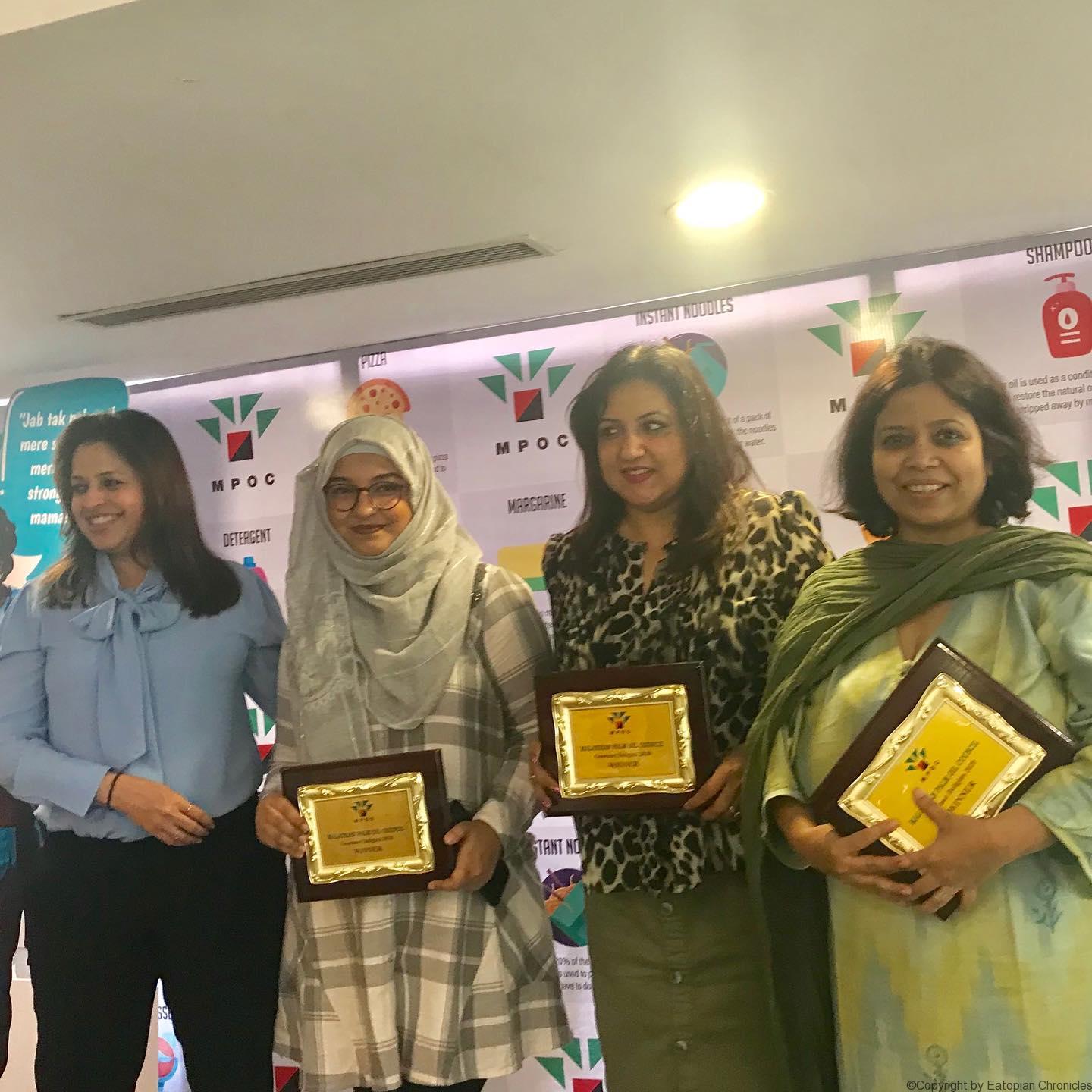 The Winning Team with Ms Bhavna at extreme left, Sadaf, Shivani and yours truly! 🙂

To conclude, palm oil is now an essential part of our daily lives, be it cooking, cosmetics or packaged goods. Considering its health benefits, it would be useful to consider ways and means to enhance palm oil cultivation without the need to compromise the environment and the planet.