A Spot of Bangaliana at Aish! 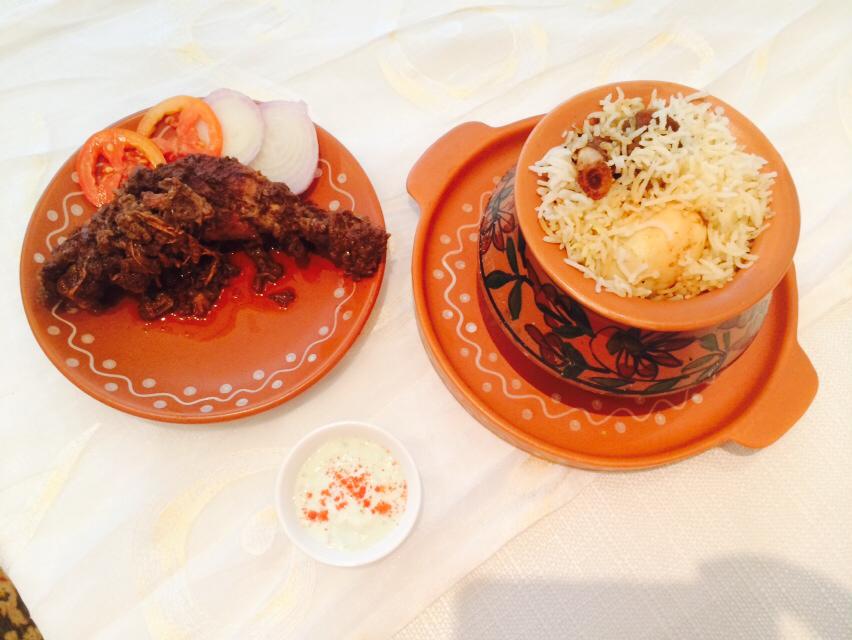 Those with discerning palates know that Bengali cuisine extends way beyond the bhaat-maacher jhol (rice and fish curry) and sondesh-rasgulla stereotypes.  But even within the huge repertoire which defines Bengali food , there is a pretty distinct divide between Bangals (people living or hailing from erstwhile east Bengal or Bangladesh after partition) and Ghotis, who are from West Bengal, when it concerns their food.

So, when chef Mandaar Sukhthankaar of The Park, Hyderabad invited me to a preview of Flavours of East Bengal– by the Lahiri sisters, I was quite obviously intrigued. Off I was at the appointed time and date to Aish, the speciality Hyderabadi restaurant of The Park Hyderabad, which is now turning out to be a laboratory of sorts to experiment with assorted flavours from across corners, remote and well-known of India.

We were seated in the PDR of Aish, which is an elegant affair, with pristine white curtains, silver cutlery and orchids on the table. Sipping on the refreshing and tangy Aam Podar sherbet (green aam panna) , we soon met up with the charming Ms Swarnali Pal nee Lahiri who is curating the food promotion along with her elder sister.

Starters followed: Dimer Dhebil or Egg Devilled, the Bong version of Scotch eggs. These were wholesome and crisp, so were the Singadas, although the potato masala filling was not entirely representative of the Bengali flavour (good-grade garam masala and ingredients like peanuts and raisins would have perhaps done the trick!) The Bhetki fish fry was however, perfect! 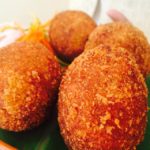 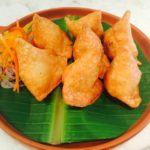 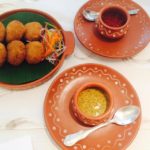 The main courses took the meal to a sublime level, however. While the traditional way is to serve the meal course by course, for practical reasons at our rather large table, we were served all at the same time. For staples, there was Luchi (the fluffy white maida puris) and Gobindo Bhog Rice (a special kind of small grained rice) as staples, while a host of terracotta baatis or bowls (chef Mandaar’s plating magic!) covered the rest of the humungous meal. 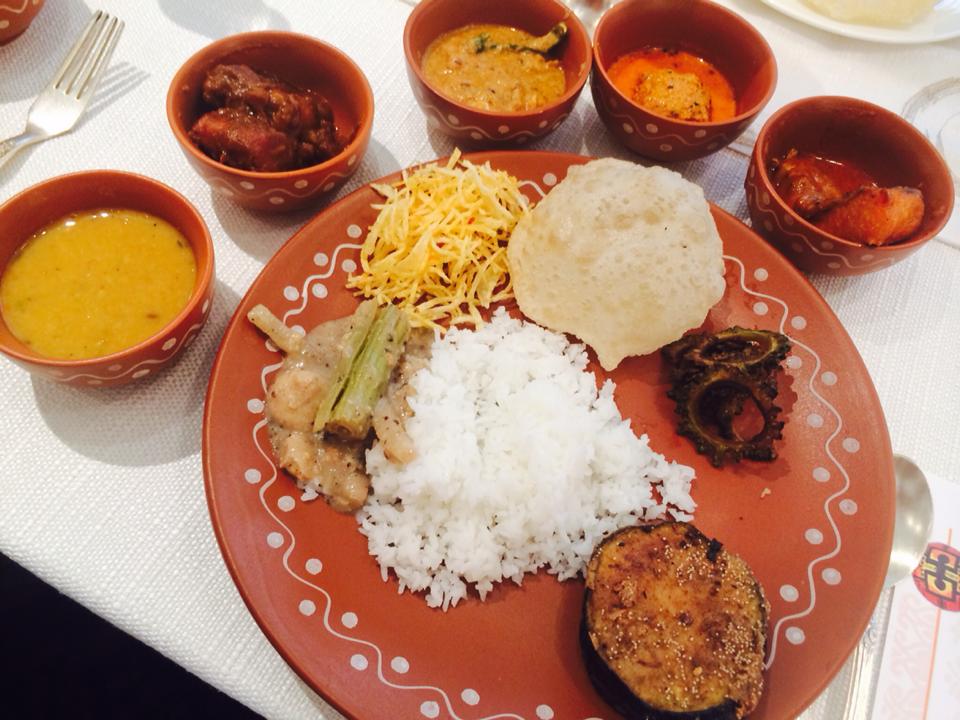 For Bhaaja or fries, there was Begun Bhaja (made deliciously crisp with the addition of rice flour and posto or poppy seeds), Karela Bhaja, Posto Bora and the Aloo Jhuri Bhaaja, potato matchsticks crisply fried.

Then came the Shukto (traditional Bengali bitter vegetable curry cooked in a subtle milk gravy of ginger, radhuni and panch phoron,  Potol Posto, Aloor dom, Chhana Rassa (cottage cheese curry), Kosha Mangsho (yummy!) and the Prawn Malai curry (yummier). The run of flavours was from subtle to strong, with the Shukto being the subtlest while the Chhana Rassa was sharply different from the lighter Chhanar Dalna in that this had the slightly pungent kick of kasundi (stronger cousin of mustard paste).

“Shukto has several recipes, and this is the one closest to what my mother used to cook, with ginger paste, radhuni (from the family of celery or caraway seed) milk and maida added to make a light and delicate yet fragrant gravy of bitter vegetables like bitter gourd, simmered with bottle gourd, papaya and lentil dumplings (bodi) to make one of the most wholesome dishes in Bengali cuisine, which is popular in both east Bengal and west Bengal,” informs Swarnali.

The Potol Posto was yet another bestseller around the table and so was the Chingri or Prawn Malai curry and the rather robust Kosha Mangsho or Mutton Masala.

“Cooking in east Bengal is considered an art, with a lot of meticulous attention to detail, ” shares Swarnali whose mother and maternal grandmother, both hailing from East Bengal or what is now Bangladesh, hugely inspired her to take up cooking. “The vegetables have to be cut in a certain size, the spices just so, care is taken that nothing is overcooked.  While western parts of Bangladesh like Dhaka represnt the more sophisticated East Bengali cooking, the eastern parts like Sylhet and Barisal have a spicier and more rustic cuisine, ” she adds.

The assorted desserts platter came up next, and it was Patishapta, Sondesh and Malai Rasgulla.  The Patishapta, the one with chopped pistachios next to the earthen dessert bowl, is a kind of crepe or pancake (for want of a better word) with a coconut-jaggery filling and then soaked in condensed milk. patishapta is 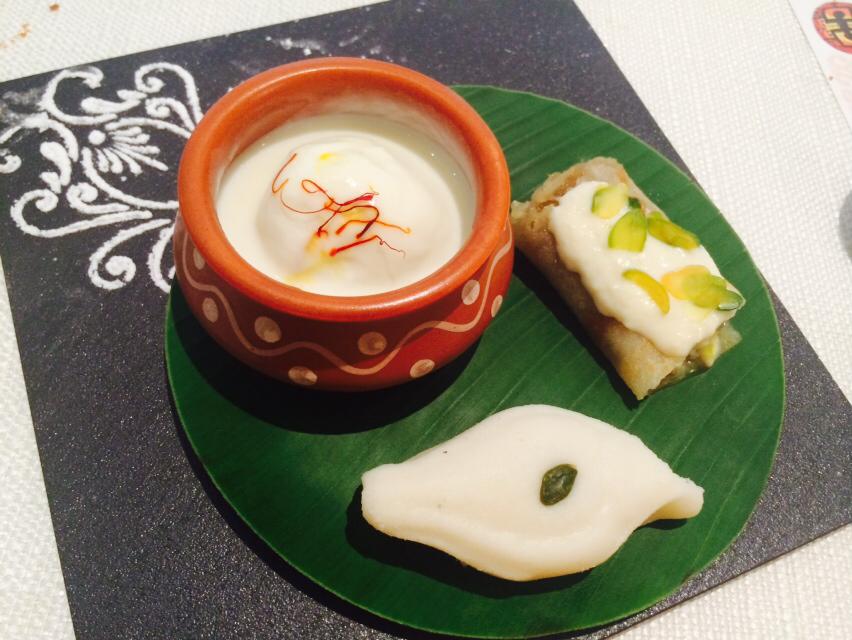 PS: While I had met one of the Lahiri sisters Swarnali nee Pal at the bloggers table, I was quite curious to meet her elder sister Sarbani who was supposed to join her from Kolkata a week later. All the more curious as most importantly Sarboni’s forte is the Kolkata dum biryani and Chaamp.

So, without further ado, I marched off today (ie April 14th, a Good Friday too), which is on the eve of Poila Baisakhi to check these new additions out over lunch.

Confession Time:  I am not a fan of any kind of biryani. I hazarded a spoonful of Kolkata Dum Mutton Biryani( to satiate my curiosity and also in reverence to Sarboni) with a bite of the Chicken Chaamp, and while the biryani was subtle and redolent of kewra, with the boiled potato and egg adding both volume and texture to the extremely soft (and almost bland) biryani, I have to say I was hooked onto the chaamp masala! It was delicious with the caramelised onion looking both visually appealing and tasting just delectable! 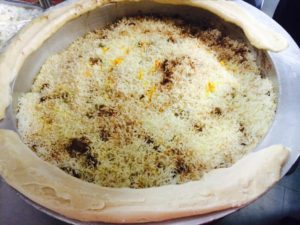 The Handi of Kolkata Dum biryani with its atta dough seal, ready to be eaten! 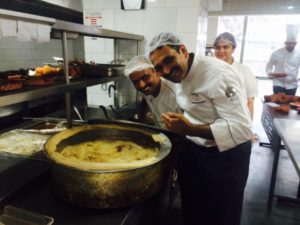 Chef Mandaar Sukhthaankar at work in his kitchen at Aish

Now, for the pics of the Chaamp and Biryani plating, here we go:

Both Chicken Champ and Kolkata Dum mutton biryani are traditional Mughlai dishes introduced by the khansaamas of the Nawabs of Bengal and have now been made extremely popular by restaurants like Arsalaan and Aminia.

There was more, I had to try the East Bengali dish, Pabda Mouri  with some rice. Pabda or catfish is an extremely light and delicate fish and this particular curry is made of mouri or saunf (aniseed) ground with ginger and chillies with a seasoning of that favourite Bengali spice paanch phoron. 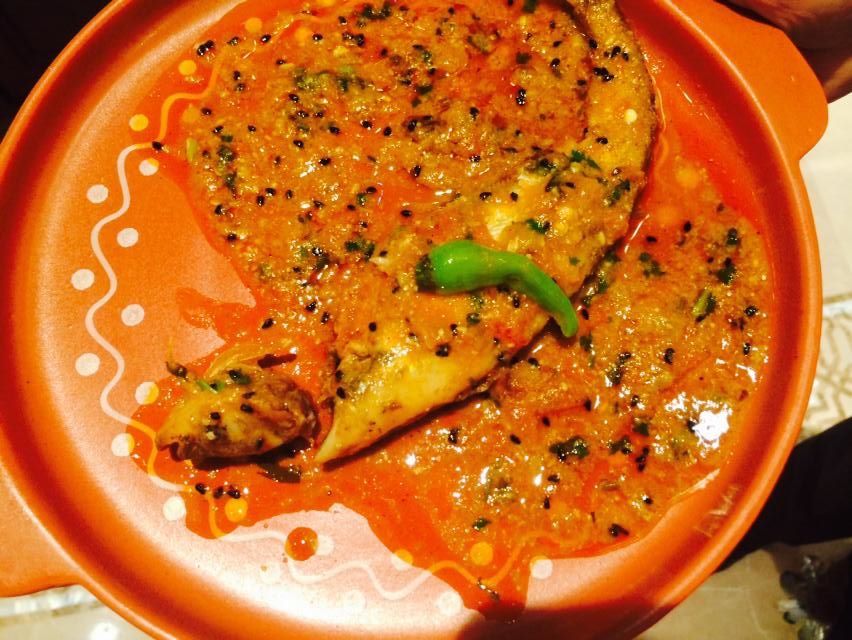 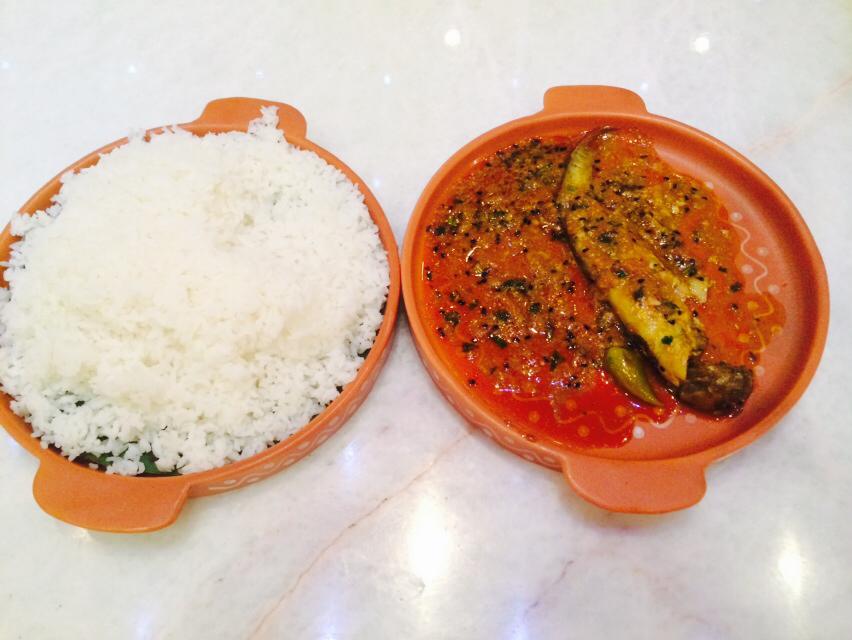 Rice and Fish is all about East Bengal food, but since hilsa, which is used in the cuisine was not seasonallt available, we had to make do with pabda or catfish

I was glad to have made it the second time as it introduced me to two more gems of Bengali cuisine, Kolkata Dum Biryani-Chaamp and the Pabda Mouri. I was also happy to have met Sarboni, the second part of the Lahiri sister duo. But interestingly, it was Chef Mandaar’s livewire wife Meenakshi who helped him in this talent spotting.

Swarnali who attends the same music classes as Meenakshi happened to invite her home for a Bengali meal, and the rest is history! 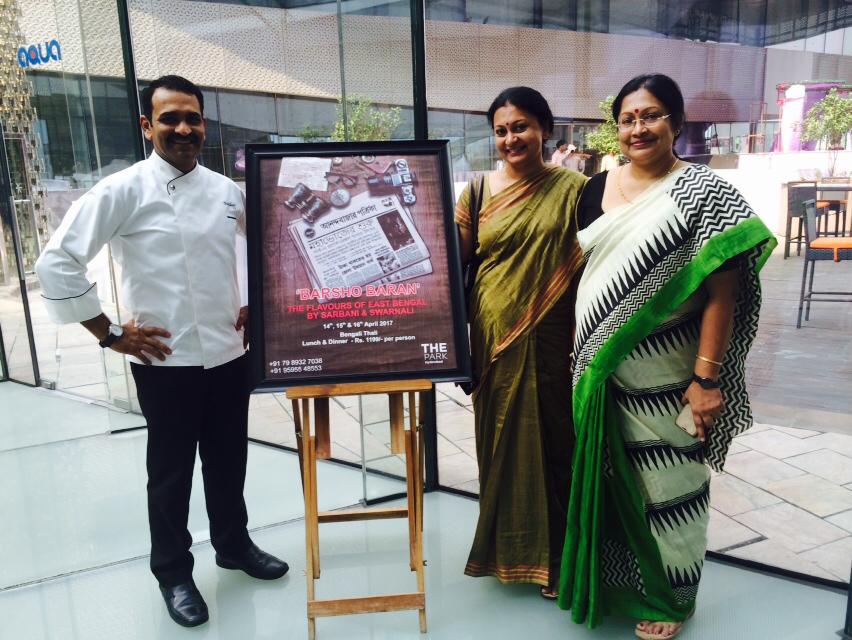 Chef Mandaar with the Lahiri sisters, Swarnal (in the middle) and Sarboni on the right