Glorious Repast from the Past

‘Culinary Retreat Afore 1947’ said the invite from Trident Hyderabad and I was initially a bit baffled by the Shakespearean English, especially the ‘afore’ bit. Not that I was ever in doubt about the food because Kanak, (Trident’s Indian speciality restaurant and which the executive chef Manik Magotra holds very close to his heart, in terms of innovations and ideas) at which the festival was being hosted, does things quite differently (read: no heavy duty and slumber-inducing calorific kormas, curries and what-have-you!).  So, off I went to Kanak last Friday afternoon.

“It is our attempt to recreate the recipes from erstwhile provinces of India before partition of 1947, which include Baluchistan (or Pakistan, if you may), Sindh and Bangladesh,” explained Chef Manik while seating me at a preview table at Kanak. “One of my chef’s family is from Bangladesh, so I called up his mother, grandma, and grilled them for recipes. For the rest, a bit of researching, tweaking and culling from my own repertoire and there you are!” he added.

We started on some Singara, “Bangladeshi style samosa filled with potatoes, peanuts and spices” proclaimed the menu. Every bit delicious as the popular staple from Kolkata, so like they say, what’s in a name? Bangladesh or Kolkata, the taste of this one was the same. Next served was Dudhiya Kebab, cottage cheese filled with nuts, an Awadhi savoury.

However, the more delectable starters were to follow: Irani prawns, marinated with tamarind, chilli and sugar, cooked on a tandoor and Lahori chicken keema kebabs, chicken mince with spices cooked on skewers over a grill. Both were drop dead delicious! 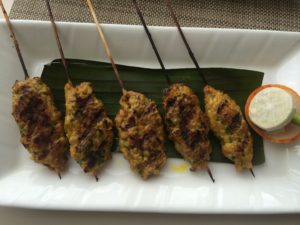 Chicken mince on skewers cooked over a grill, a Lahori special

For main courses, there was Daal Pakwan, an absolutely delicious Sindhi street snack, home-style chana dal served with crisp and flaky ‘pakwans’ more like namkeens or thin mathris made of maida. This was addictive…had to really struggle to wean myself away! 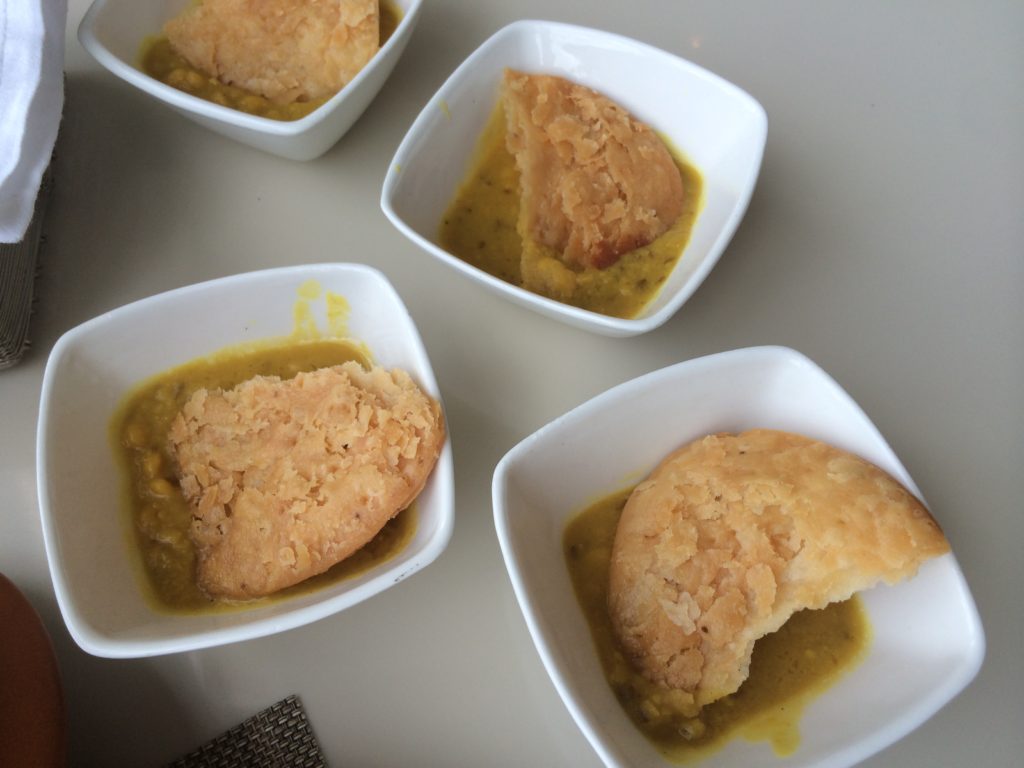 Another Sindhi special served was the koki or a crisp & hardened paratha made with wheat flour, onion chillies and pomegranate seeds. Mash Kaliya, an Awadhi lamb curry was delicious, especially the fragrant and red gravy, while unusual was the Bhindi Gosht, Baluchistan style lamb curry cooked with bhindi or okra. There was more Baluchi fare: the delightfully tangy Aloo Bukhara Kofta, mawa and paneer dumplings filled with prunes and Balochi Murgh Sujji, dry roast chicken marinated with black pepper, fennel, vinegar and lemon, and teaming up with all this fabulous stuff was the humungous-sized Naan Peshawar… 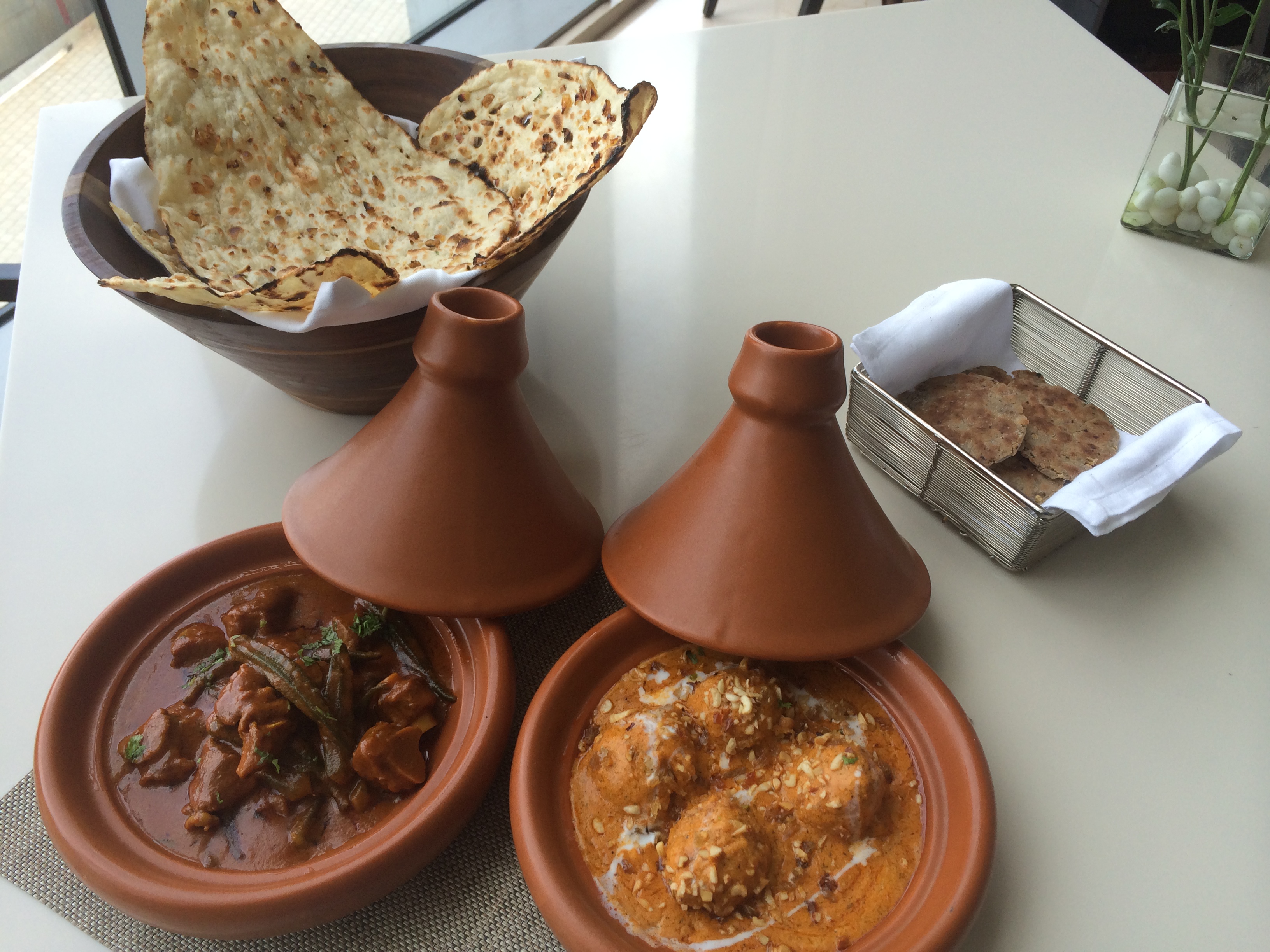 Every dish had its distinct aftertaste, so it was tough to say which was the best, but I loved the Mash Kaliya, the Awadhi lamb curry the most.

Finishing off on a sweet note was the desserts trio,  Mohanthal (Sindhi), Chenna Jalebi (jalebi made with saffron and condensed milk) and Phirni. 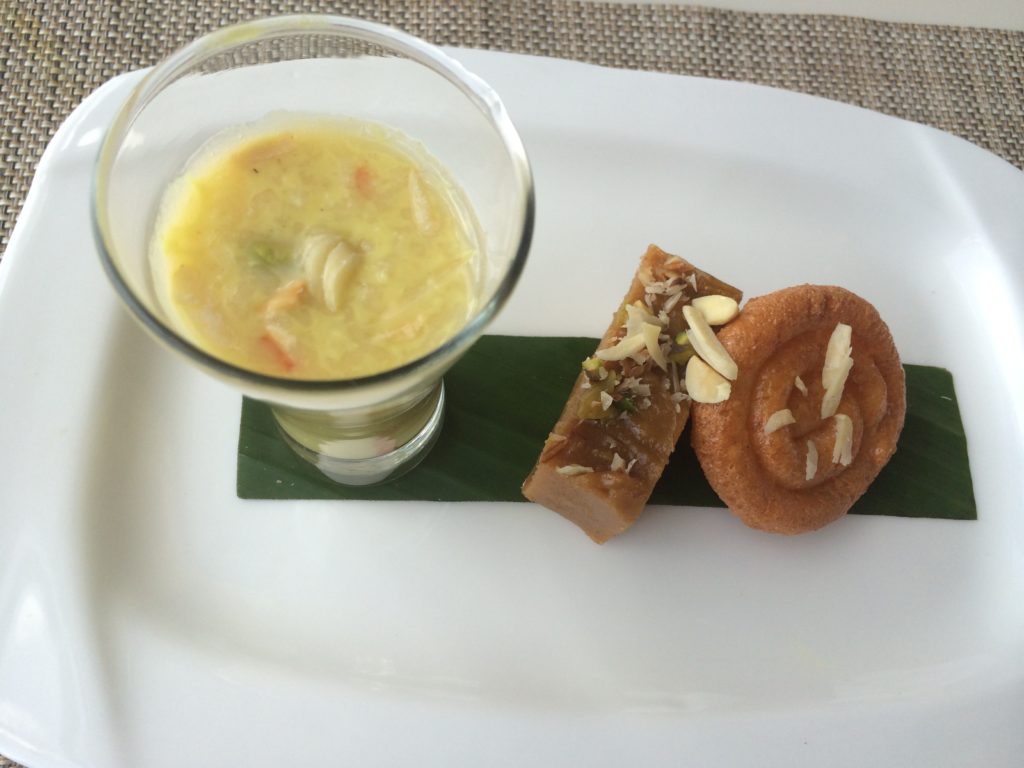 Phirni, Mohanthal and Chenna Jalebi (from left to right)