Chinese food in India, largely a legacy of Chinatown in Kolkata, goes by the moniker of Tangra Chinese and is one of the most popular comfort foods, being high in flavour and lighter on the palate (and the digestive system!) than most Indian foods. Since the Chinese community is Hakka of origin, Tangra cuisine is known for its staples like Hakka Noodles, Chilli Chicken, Kung Pao chicken (using Sichuan peppercorns) etc.

So, when Paul Noronha, the very gifted executive chef of ITC Kakatiya curates a food promotion going by the tag line Indian Tiger Meets Chinese Dragon, one is of course hugely intrigued. And encouraged when one hears that chef Kamal Sharma, the in-house Chinese chef and Nepali of origin, has

So, landing on an invite for lunch, I started off, in chef Noronhas company, with two amazing starters, crisply fried in the way only Indi-Chinese food can perfect, one was Mushroom Shanghai and the other one being my all-time fave, Garlic Butter Prawns, more like lobsters. 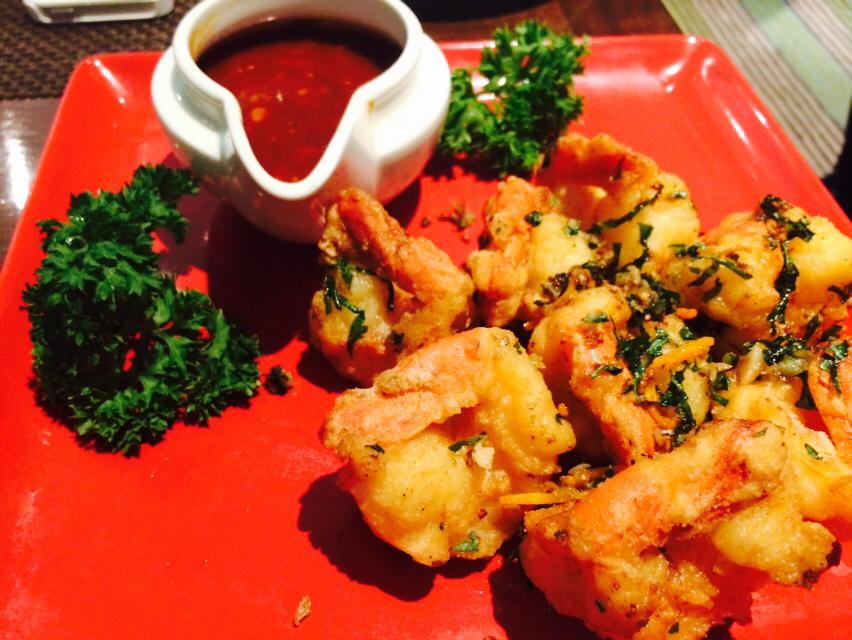 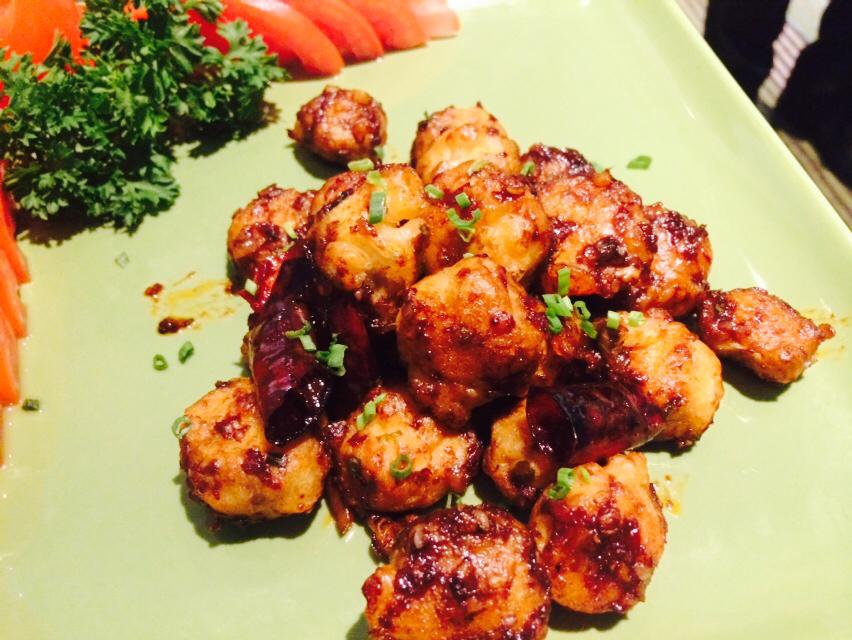 Next up was the drop dead delicious Lung Fung (also known as Dragon Phoenix) Chicken soup, served with prawn crackers and presented innovatively in a jug like this. This was easily one of the most delicious (in an eminently soulful manner that I have had) 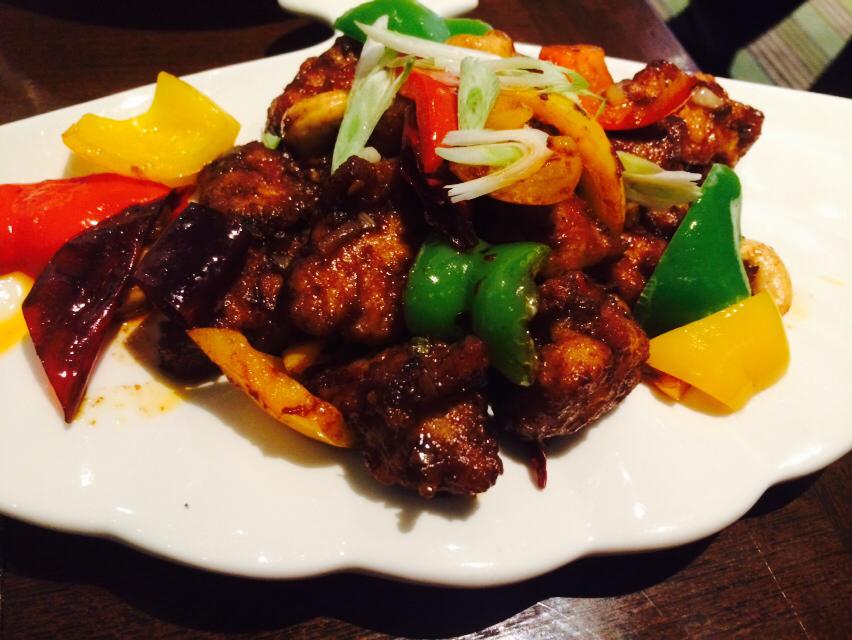 Kung Pao Chicken with its Sichuan peppercorns and loads of peppers, red, yellow and green

There was also Steamed (salmon) Fish in a light Ginger, Soya Sauce, the right one ordered for the health buffs. Stir fried vegetables with water chestnut, Four Jewel Fried Rice and Chicken Hakka Noodles made up the rest of the menu.

No space for desserts, (and frankly, Chinese cuisine isnt popular for its desserts!) but on the chef’s insistence tried the ubiquitous date pancake with vanilla ice cream.

Chinese food and comfort levels make very compatible partners, I guess, for I could feel myself feeling light as a bubble, floating out of the ITC Kakatiya’s hotel lobby.

The Indi Chinese festival is on for dinner at Deccan Pavilion, ITC Kakatiya until May 16th, 2016.