Mappila cuisine or food from the Malabar coast, which runs through both Kerala and Karnataka, is the happy result of a myriad mix of cultures, such as Arabic and Muslim, thanks to the traders who used to be actively engaging in spice trade along the coast. So, Mappila or Malabar food  has been influenced by Brahmin, Zamorin and Chirakkal cuisines making it both versatile and unique. Two centres which are noted for Malabar cuisine are Calicut and Thalassery, both located on the sea coast in Kerala.

Recently, Paul Noronha, executive chef of ITC Kakatiya, Hyderabad who is always exploring something new to come out of his kitchen, curated Coastal Chronicles, showcasing food from Thalassery and providing the requisite expertise was the extremely charming Chef Sumaija, home chef and consultant to various hotels and standalone restaurants for Malabar and Ayurvedic cuisine.

“I learnt cooking from my mother and grandmother at the age of ten and using the traditional techniques of slow cooking and brass and copper utensils. There is no substitute to care and patience adopted towards the cooking process, onky then can you achieve perfection,’ says chef Sumaija who is a much sough-after trainer in Ayurvedic cooking by expats at AyurGreens.

We started off with a Nutella-banana shake, which Sumaija said was reminiscent of the flavour of Kerala, ie banana, and it was a soothing start to what was going to be an excellent meal. We started off with Turkey Pathiri, which turned out to be country-inspired and not about the bird, which was good news to me as I dont quite like turkey meat, find it a bit rough and leathery.  The pathiris looked like fried dimsums and had a mutton-keema filling, and a sliced boiled egg as soon as one bit into the dumpling, was quite like having a chicken puff.

Kozhi Kaal, crisply fried tapioca chips (made to look like chicken legs, hence the name) came up next on our plates, and these were addictive, crunchy on the outside but not with that over-crisp texture inside so that one could get a taste of tapioca inside. There was also quail fry, which I tried precisely less of a forkful, and it tasted just like chicken, and had no distinct taste. 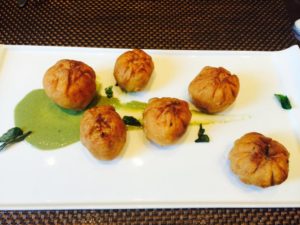 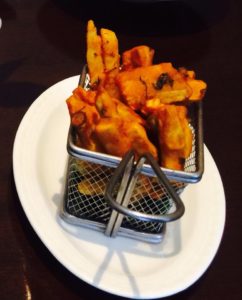 The most delicious highlightof the meal for me,  was the Neyy Pathiri, part of the bread basket. Made of parboiled rice, coconut, fennel, shallots and cardamom, Neyyi Pathiri is a deep-fried savoury usually had for breakfast or as an evening snack. Crisp on the outside and having a nice, soft and flavoured texture inside, this was much appreciated at our table and the basket of hot and freshly fried ones got over in a few minutes. 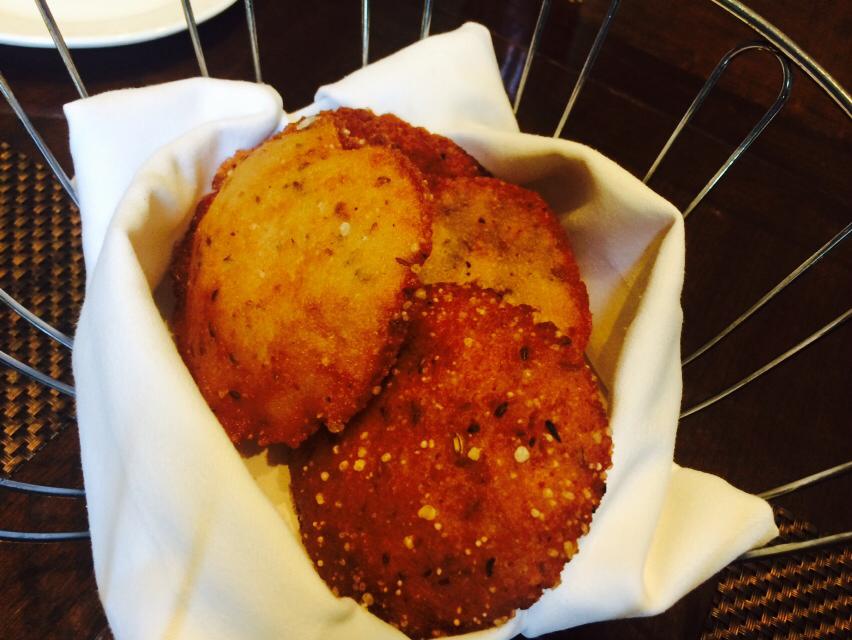 The rest of the meal consisted of a couple of vegetarian dishes, like the Bendakaya and the Beans Thoran, both spiked with generous amounts of coconut and quite fresh too. There was quail fry, chicken fry and a nice tangy Thalassery fish curry as well as the famed Thalassery biryani made of   instead of basmati rice.  as well but the two dishes which stood out in terms of their novelty was Mutton Konjrotti as well as the Thalassery biryani, especially the former.

Mutton Kunjorotti consisted of steamed rice shaped like coins in a semi-dry mutton gravy, which had shallots, coconut and fennel seeds gorund into a paste and sauteed, and was one of the most evolved dishes I have ever had. 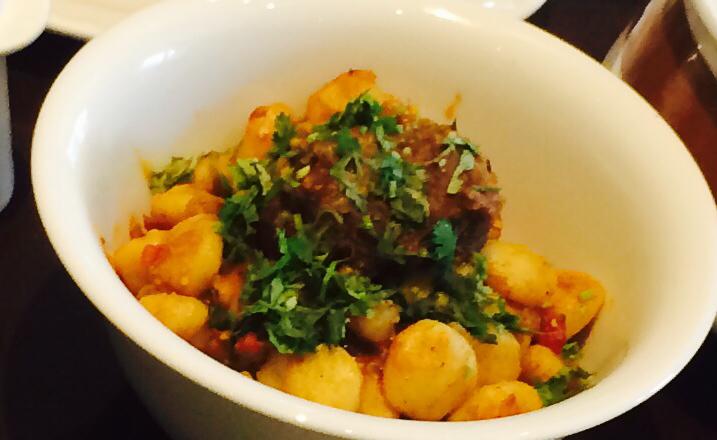 The Thalassery (chicken) Biryani was also quite flavorful and the distinct aspect was that it used the small-grained kaima or jeerakasala  rice instead of basmati rice,  and came with a salan and a raita.

For desserts, there was Kai Pola (banana cake) garnished with cashews and raisins, and seasoned with sugar and cardamom powder. Spongy, warm and fresh this was a winner, with its nutritive content and taste. A festive favourite, especially during Ramzan, Kai Pola is also enjoyed as a tea time snack. 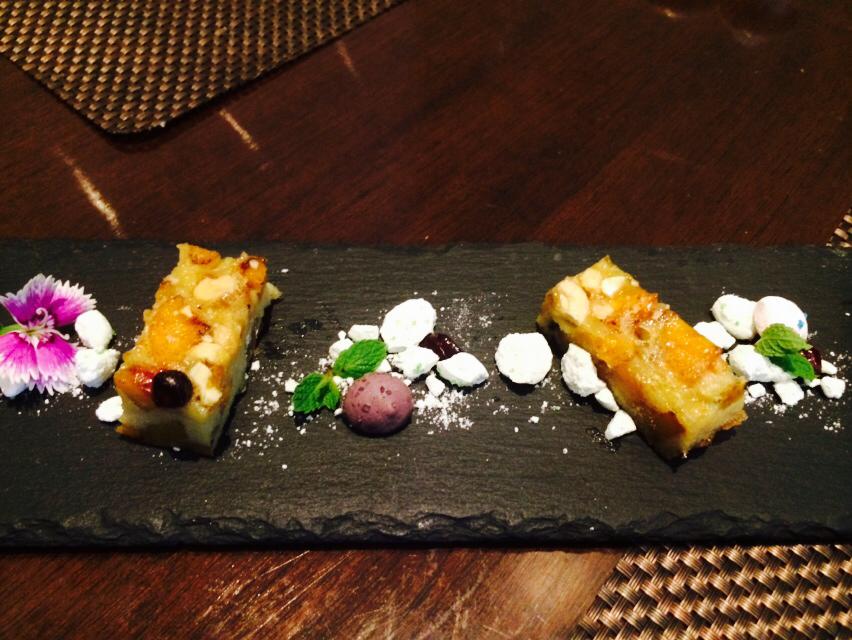 In the end, the Thalassery spread was not just a meal, it was an experience, especially having met Sumaija. Numbers and mail ids being exchanged, I made a mental note of someday learning those recipes in God’s Own Country, no less!