Malaysian cuisine is considered a melting pot of various influences, Thai, Indian and Chinese, not to forget Indonesian, Dutch, Portugese and British.

My tryst with it had been the occasional visit to Awana and New Town Cafe, two Malay restaurants in Hyderabad (both unfortunately cease to exist, thanks to this biryani-obsessed city), as well as a trip to Kuala Lumpur and Langkawi island in 2012. In KL, I had loved the Laksa soup and Nasi Goreng, as well as the satays with peanut sauce (more of an Indonesian legacy) while the cosy little restaurants in Langkawi Island were more memorable, brimming with fresh seafood and with a distinct Thai influence, focussing on all those aromatic herbs

So, when I landed an invite to a bloggers’ table at Okra, Hyderabad Marriott & Convention Centre for previewing Flavours of Malaysia, curated by Chef Ruhizad Muri from Renaissance Kuala Lumpur, I was all enthused. The Malaysian food festival, which will be on until May 29th was also being co-promoted by Malaysian Airlines and Tourism Malaysia.

After formal introductions etc, we sat down to lunch, savouring a menu specially designed by Chef Ruhizad, who explained how Malaysian cuisine was a bit more elaborate than Vietnamese (which relied heavily on fresh ingredients) and Thai

We were served first with Soto Ayam, a clear chicken soup, aromatic and light, which tasted a lot like Laksa, but without its heavy duty garnish and coconut milk, just a sprinking of crisply fried onions and spring onions, although the stock came with a hint of lemomgrass and kaffir lime leaves.  It was soul food at its best, the kind you would like to slurp through the last spoonful. 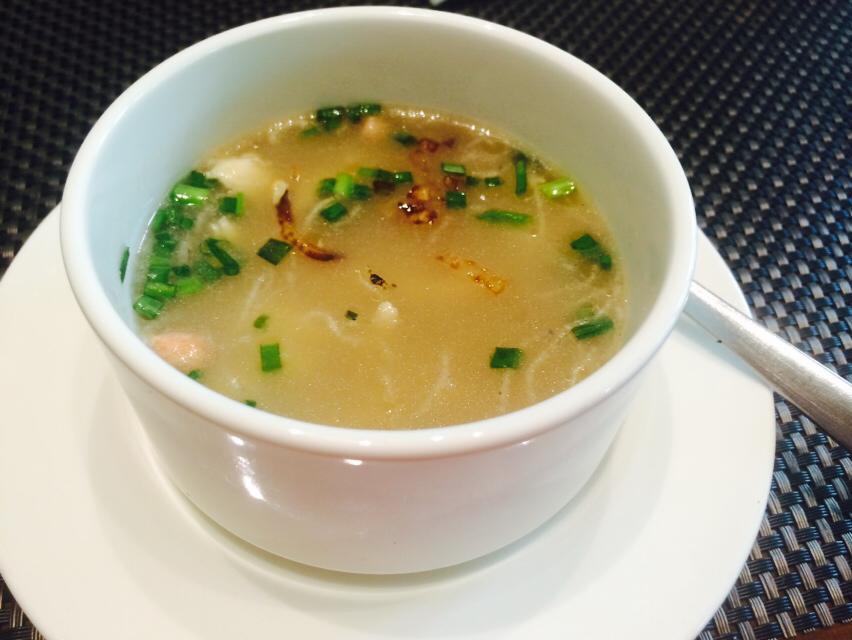 Next up was Cucurubang or prawn fritters, a crisper version of Prawn tempura. 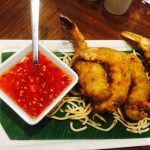 In main courses, Nasi (rice) Minyak(ghee or butter) Berempah (spicy) or Rainbow Rice, as the chef said its termed in Malaysia, thanks to the colorful hue of the rice, spiked with saffron was just as its name suggested, but not greasy and with a touch of sweetness. Going very well with the rice was the Pineapple Yellow curry or Payer Nanas, which was tangy, sweet with a coconut milk base, just addictive. 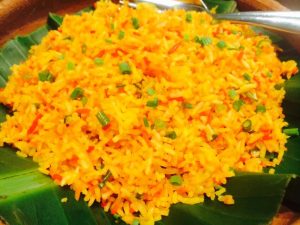 Nasi Minyak Berempah or Rice with Butter & Spices (saffron too) 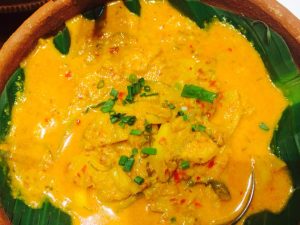 Ayam Percik or Roast chicken in percik sauce was brilliant, we couldnt have enough of the gravy! 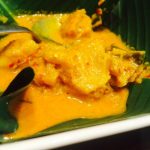 There were a couple of other vegetarian dishes too of which I tried the Fried Brinjal with Malaysian herbs and also stir fried vegetables as wellas Mee Goreng, stir fried noodles, for which chef had turned out a vegetarian version too. 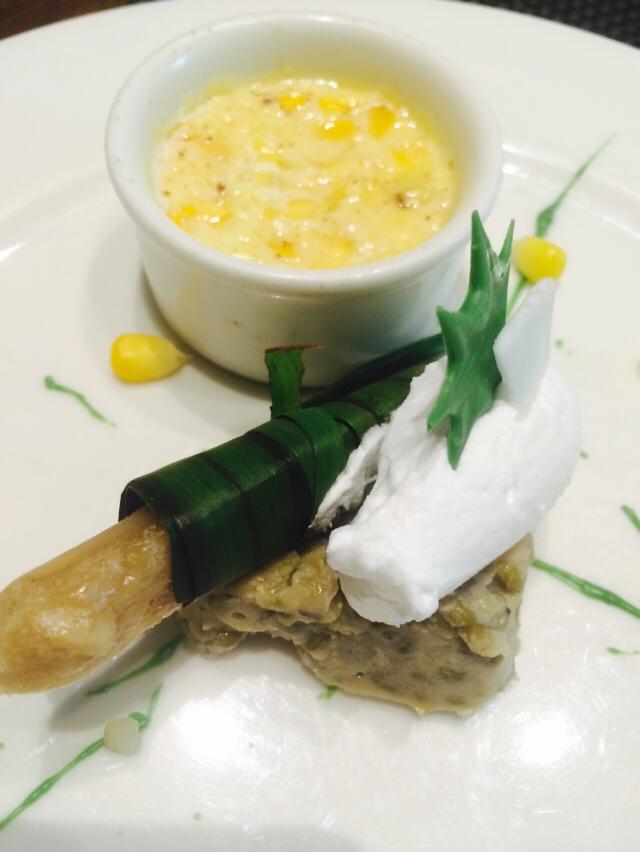 In the end, the meal proved the adage, Malaysia Truly Asia! As Chef Ruhizad elaborated, “Malaysian food is definitely more complex than Vietnamese cuisine which relies on light steaming and cooking, focussing on freshness while Thai food is all about gentle aromas and use of herbs. ”

I couldnt agree more, having experienced a diversity of flavours on my palate. The only thing I missed at this rather memorable meal was the satay, but like they say there is always a next time!