The state of Odisha is perhaps most famously known for its ancient temple of Puri Jagannath, one of the four holy Dhaams of India, which also has one of the grandest sea beaches, and the sun temple of Konarak a few kilometres away. What the state is also ‘infamous’ for, is its battle with drought and poverty, providing enough fodder for mainstream journalists like P Sainath to remain on the global awards circuit.

Unfortunately, what Odisha is not so well-known for, and that is a real bummer, is its gloriously healthy, wholesome and delectable cuisine. Be it the Mahaprasad of Puri with its Chappan Bhog offerings of several arna (flavoured rice like ghee arna etc), Mandira Dali (thick and slightly sweet tur dal, with a divine aroma) and besara(mustard)-mahura (jeera) preparations, or its rustic seafood recipes like Chingudi Patra Poda (prawns wrapped in pumpkin leaf and grilled) and its sweets, made of ‘chenna’ or cottage cheese made from pure cow milk, such as Chenna Poda, Rasa Balli and Khirsagar, Odia cuisine has a distinct identity.

However, while its neighbour West Bengal’s cuisine is more mainstream and popular, Odia food remains vastly uncharted for the rest of India outside the state. On the food promotion circuit, therefore, you will see an Awadhi or Punjabi or Bengali or Chettinadu or even Moplah, the not-so-known part of cuisine from God’s own country. There will be very little chance of your having been to an Odia food festival.

Fortunately for us, there are a few (and may their tribe grow!) food & beverage (F&B) professionals who think very differently.  Executive chef of The Park Hyderabad Mandaar Sukhthankaar is one such person. On a visit to IIHM (Indian Institute of Hotel Management), Bhubaneswar, Mandaar vividly recollects the Odia food served on campus as a cuisine with “distinct flavours and with an absolutely new and delightful experience on my palate.” This was the genesis of Chef Mandaar’s tryst with Odia food. Since I must certainly be one of the few Odias he knows in Hyderabad, he pinged me once with this delightful idea.

A caterer contact which misfired after he led us down the garden path by agreeing in principle but never reverting on our mails later, it was time for plan B ie contact Prof Bibhu Prasad Bhatta, the faculty member of the aforementioned IIHM Bhubaneswar who had fed Chef Mandaar the good stuff. Suffice it to say the plan went all well and soon we had Bhatta in the city of Nizams all set to initiate Mission ‘Odia Bhoji’ (Feast), the name chosen for the food promotion.

The first challenge was to source ingredients, some of which were exotic enough not to be available at all, like pumpkin and neem flowers, so those dishes had to go. Some ingredients had to be perfect like chenna or cottage cheese made from the best grade cow milk to make what is arguably one of Odia food’s best offering Chenna Poda.

We launched it on day one with a dinner table for select bloggers and print media persons with a menu which went something like this:

For appetisers, there was the evergreen classic street snack from Cuttack, Dahi Bara Aloo Dom, dahi wadas in a light, watery tangy dahi base topped with spicy potato masala or aloo dom and garnished with sev and dhania patta, with a pinch of rock salt. From the description, can it be anything other than delicious? 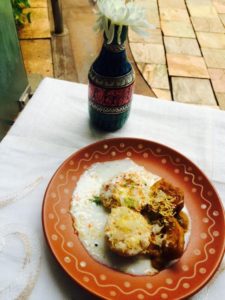 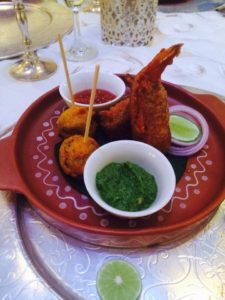 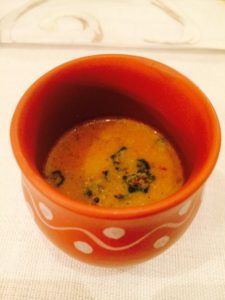 Next on our plates were Chingudi Bara (minced prawns and rice flour fritters), Mangsha Chop, (mutton keema bondas), again a Cuttack street snack special, along with the delectably creamy and tangy Patala Ghanta Ambil, a broth made of coconut milk, mustard paste and chopped radish and greens. 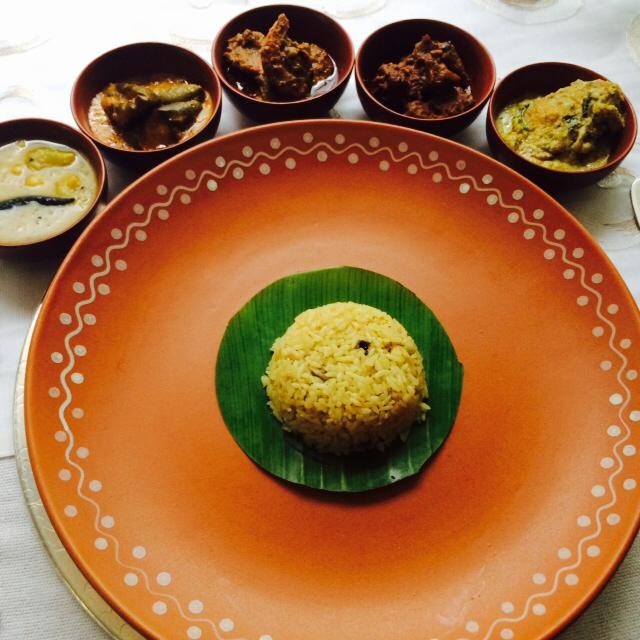 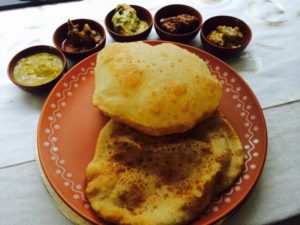 For accompaniments, there was the incredibly finger-licking tangy-sweet Oau Khatta, made of Oau or elephant apple, and Badi Chura, crushed ural dal boris best had with Pakhala or Fermented rice with curd, amba kasi adaa (or mango-flavoured ginger). Elephant apple or Oau is also used in Assamese cuisine in dal, fish and chutney preparations, Oau is used in Odia cuisine also in satvik dals (without onion-garlic)  in the month of Kaartik as well as chutneys or relishes. 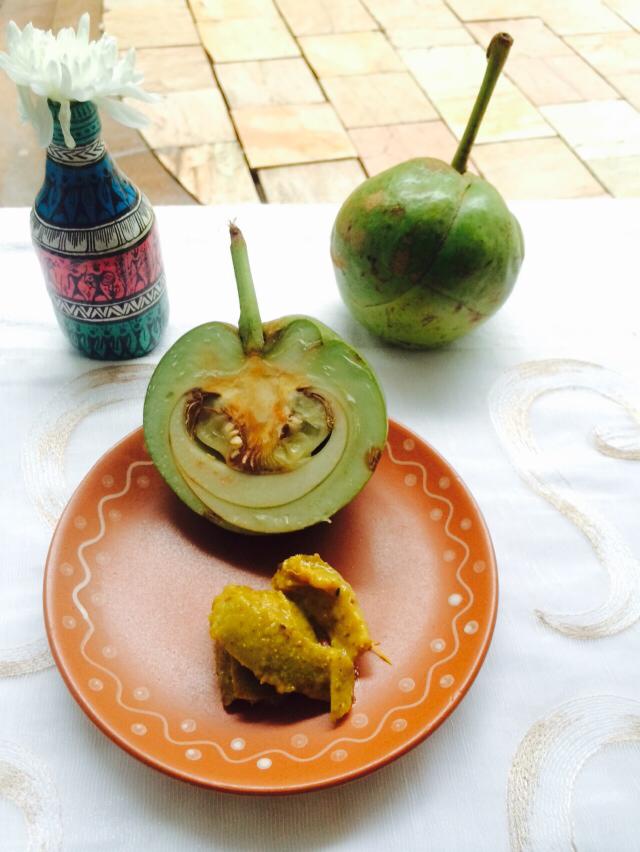 Oau Khatta, made with Oau or elephant apple and jaggery

For sweet endings, there was the classic rustic baked dessert Chenna Poda, made of chenna, sugar and a pinch of elaichi powder. Khirsagar, a kheer with baby rasgullas and Kakara Pitha, semolina patties with sweetened chenna filling made up the rest. 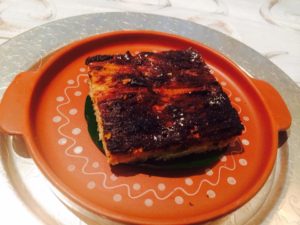 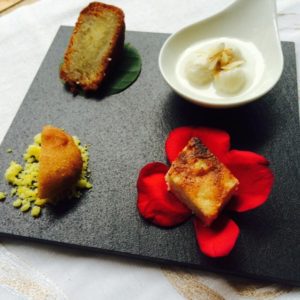 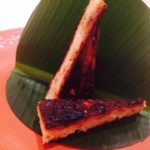 In the end, the takeaway for both chefs and diners from this uniquely organic promotion must surely have been the unique cultural journey, while for me it was a very happy and satisfying throwback to one’s roots in my case. “Food is our common ground, an universal experience” said one wise man, and I could not agree more.