Parsi eatery Sodabottleopenerwalla (SBOW), Hyderabad’s favourite hangout, is hosting a Persian pop up menu through the month of February. The pop up presents a historical perspective, of two distinct cuisines, belonging to the same country by origin. Quite often, Parsis and Persians are used interchangeably in our minds, though they are distinct communities. Parsis are Zoroastrian Iranis who fled Persia or modern Iran after the Arab conquest, so all Parsis are Persians but not vice versa.

Pop singer turned partner chef Anaida Parvaneh, who is half-Iranian, was roped in by country head SBOW Mohit Balachandran to helm the launch of the Persian pop up. When I asked the lively and articulate pop icon, about her journey in the world of food, she answered, “The constant travelling for my music shows was affecting my health and immunity levels, I was forever down with a cold or fatigued. Until my naturopath mother sat me down and explained to me the benefits of good nutrition. And this is where my journey towards good health and eating began.”

We  start off with the endearingly-named Anaida’s Soop-E-Jadooi (Magic soup), a chicken coriander soup with pearl barley, mixed sprouts, turnip, mushroom, carrots and roasted vermicelli. “If you are feeling under the weather, this is a sure shot recipe to make you feel better,” said Anaida promising to share the recipe later. It was wholesome, hearty and flavorful, the kind which nourishes your body and soul. 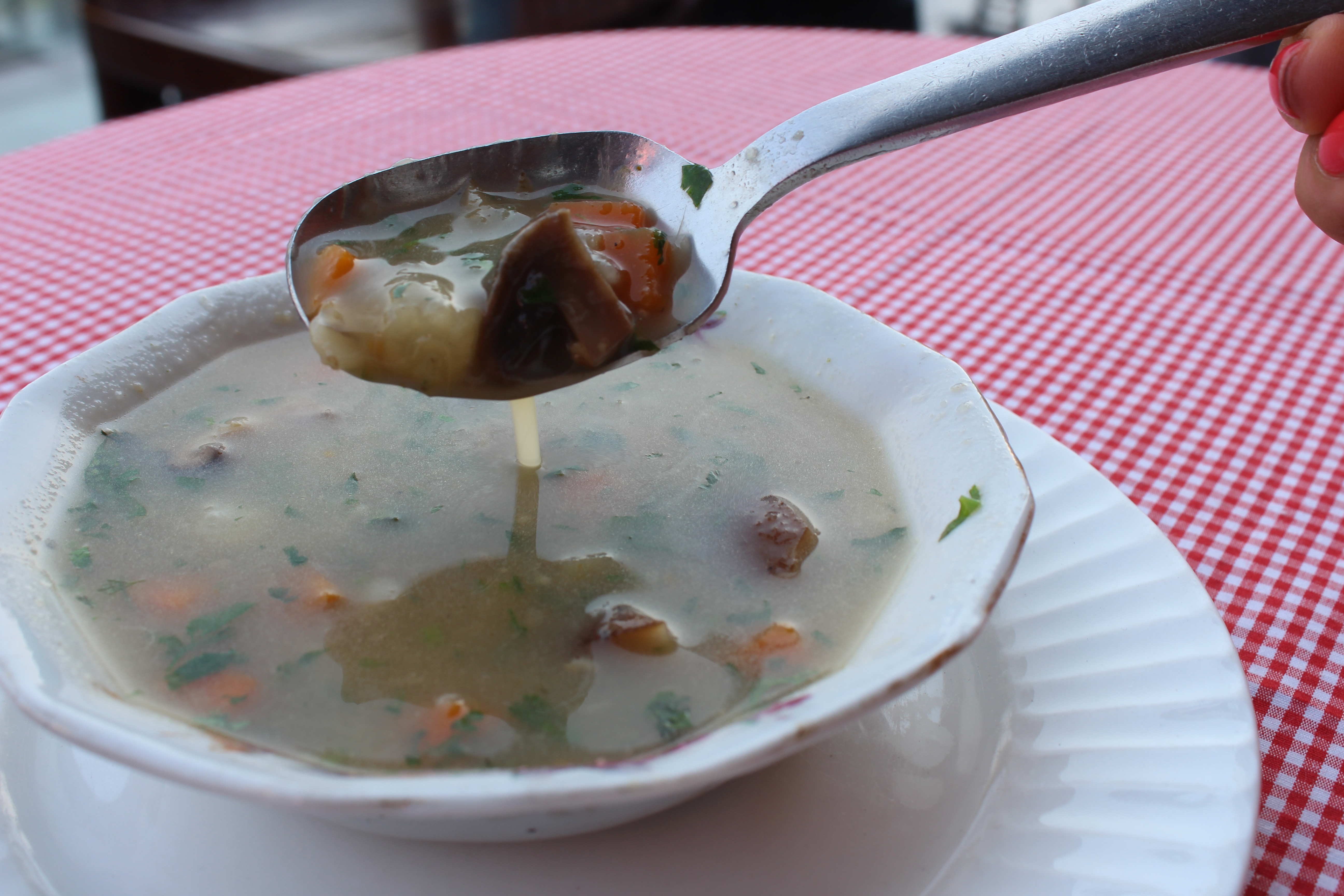 Persian or Iranian food as its more modern nomenclature goes, is quite healthy and uses minimal spices like saffron, cinnamon, dried lime, nutmeg etc, nuts and dried fruits like raisins and alsi fruits like pomegranate, plum etc… “We dont believe in overdousing our dishes with spices, keeping the flavours simple and flavourful. Rice is the staple and is usually mixed with meat or other vegetables. There is not really so much barley used in Iranian food but I am using it in my improvised versions as its healthy,” shares Anaida as she plays warm hostess, bringing our food out from the kitchen personally and taking our feedback.

Two dishes stand out and which are worthy of mentioning at the earliest. One is Beryani (yes, thats how the Iranians spell and pronounce our much-loved biryani) but its no ordinary biryani, this is the No-rice Beryani and we are not joking! 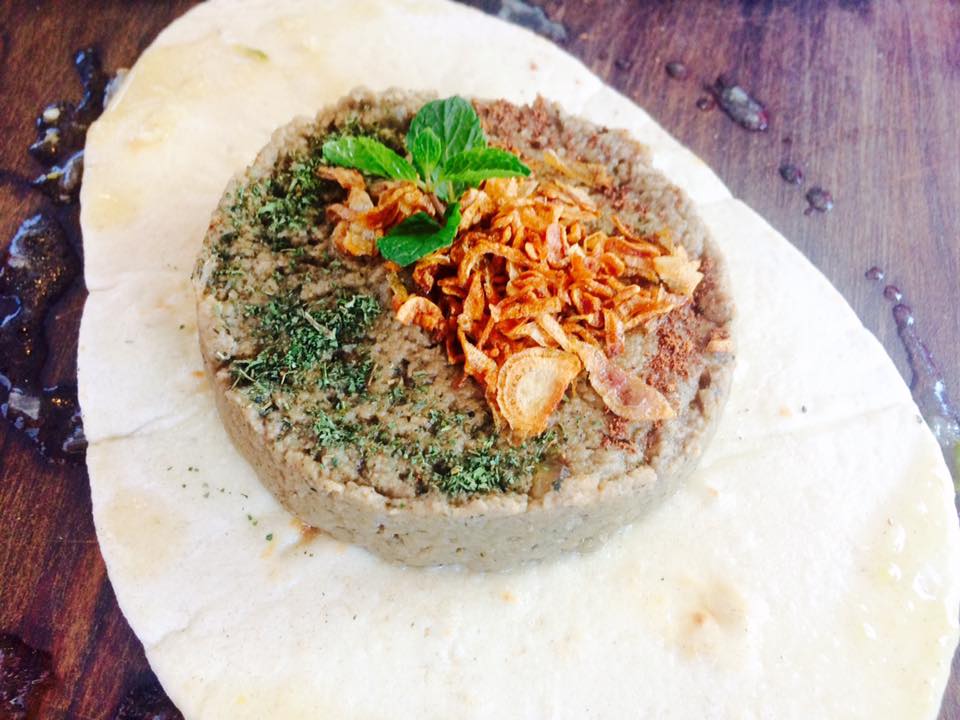 This is how  Espahan or the no-rice beryani’ was traditionally made in Iran, before the spicier versions became popular ” informs Anaida. Espahan is only meat, which is first boiled with minimal seasonings, like salt, pepper, turmeric and onions and is then minced to the right texture and slow-roasted and fried until crisp, with or without a few spices like saffron, cinnamon. It is then served on a big flat bread like a naan, garnished with pistachios.

The other absolutely unforgettable dish was Fesenjan, chicken cooked in sweet & sour walnut and pomegranate sauce, served with rice topped with berries. :You will either love it or hate it,’ helpfully offered Anaida and I was fortunate to fall in the second category. There was something very unique about this dish, sour-sweet on the palate, with a slightly astringent finish thanks to the pomegranate  (the distinct dark red ones imported from Iran) and a slightly nutty texture, thanks to the walnuts. Coupled with the berry rice (though ours is not the Parsi berry pulao, said Anaida), Fesenjan ranked as my bestseller of the day. 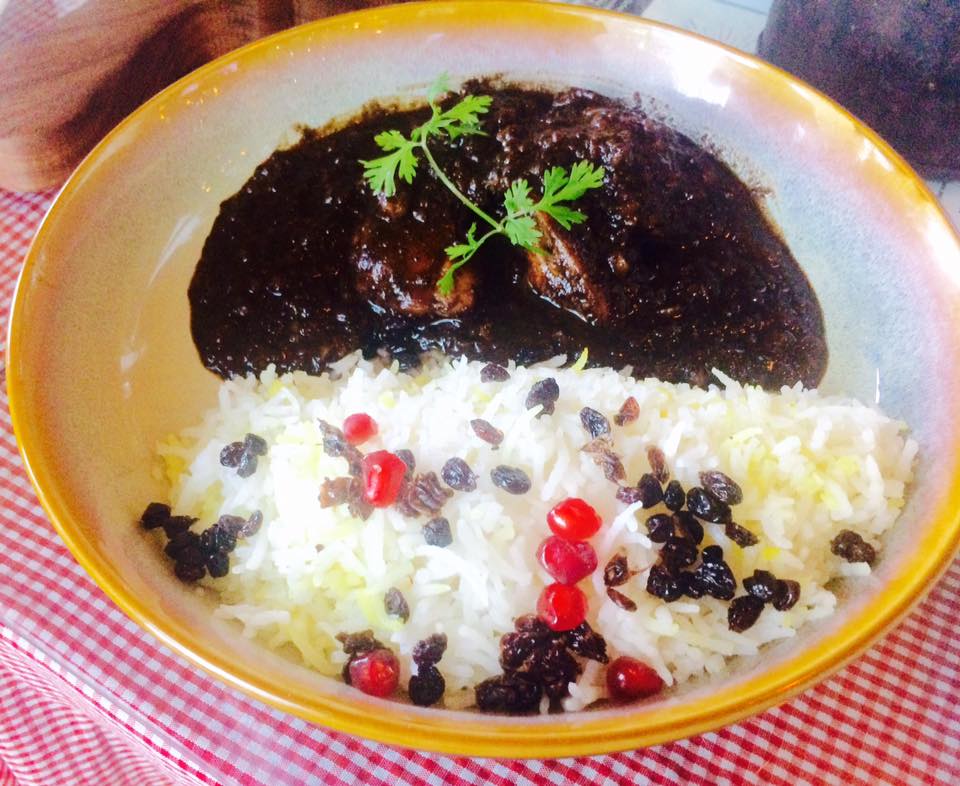 For desserts, we have two options, one is the Persian Halwa, a lot like our traditional atta halwa cooked in ghee and rose water, flavoured with cinnamon and nuts,. The other is Baslog, a coconut flavoured Iranian sweet (rendered yellow with saffron) and served with vanilla ice cream, though Anaida says serving the ice cream in the coconut sweet is her modern tweak. 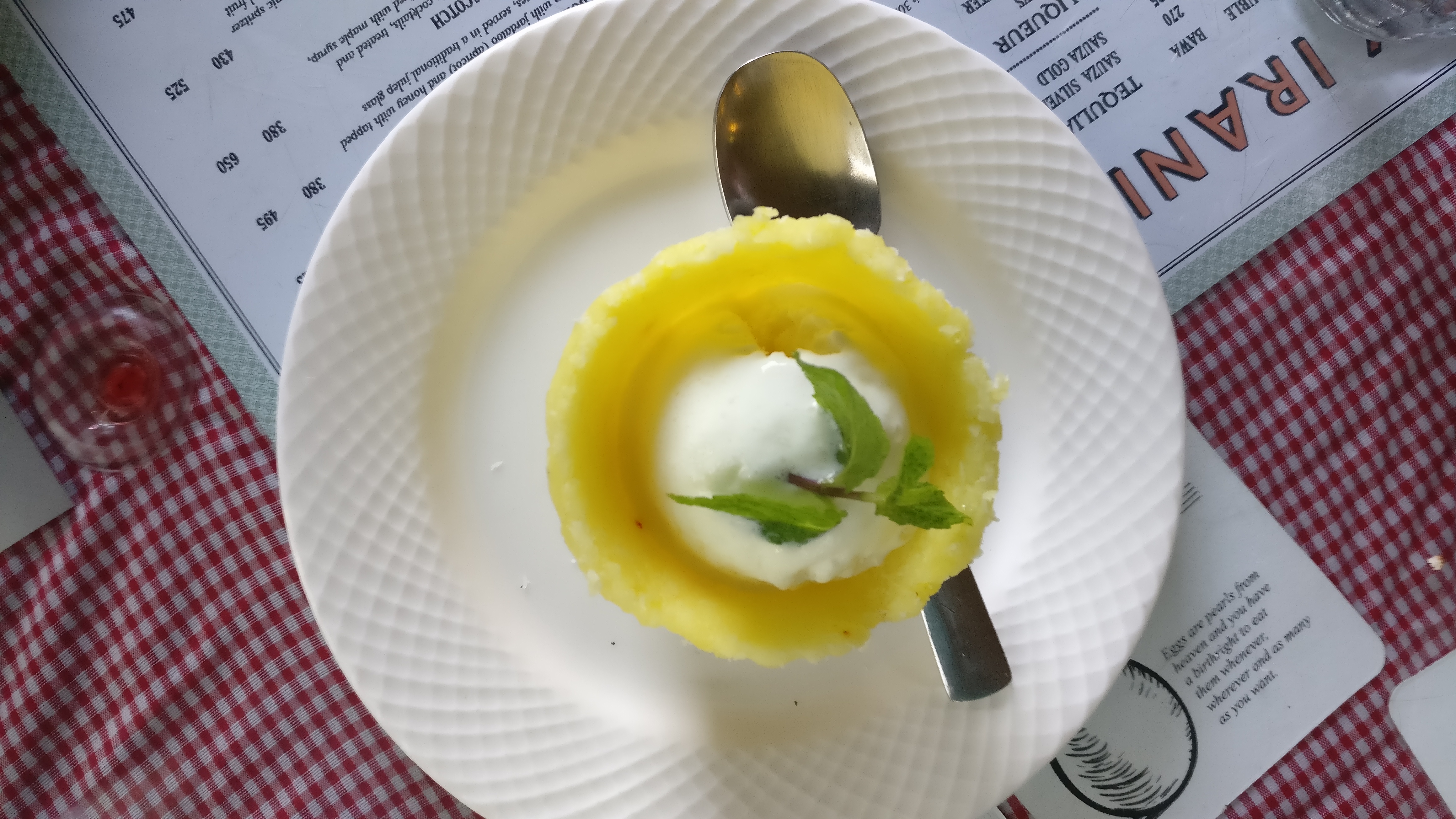 Baslog was a saffron-hued coconut sweet much like a tart !