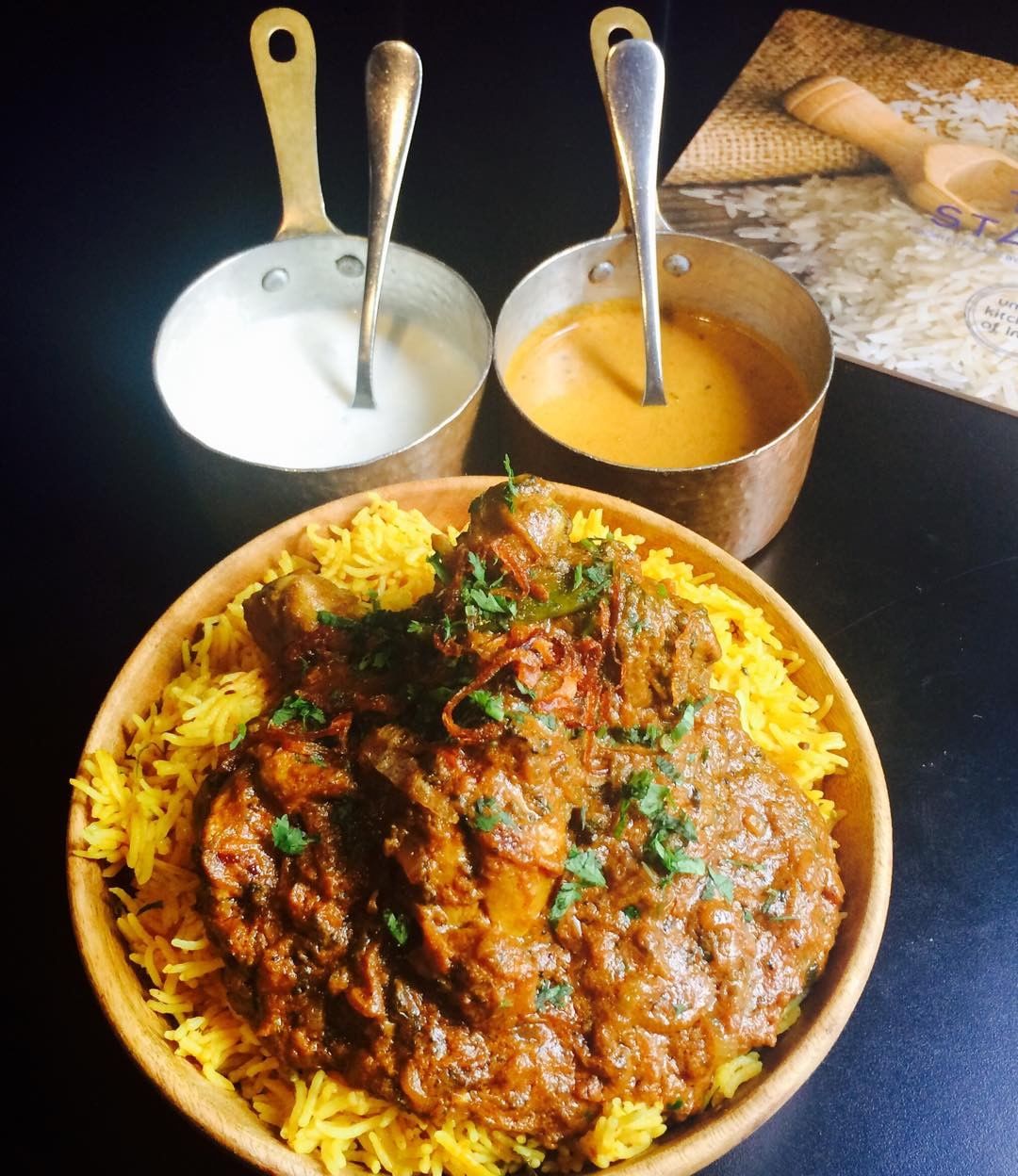 United Kitchens of India (UKI) is easily among the more popular and successful standalone restaurants in Hyderabad and it helps that the team keeps improvising on their menu.

A recent menu update entailed adding various Pulaos (mostly south Indian, more specifically, from Andhra and Telenagana), and a couple of North Indian too. This has been included under the “staples” section of the menu.

“We had been toying with the idea since quite long as pulaos make for a complete, one-pot meal, order a pulao here at UKI, and you are sorted for an entire meal, as it comes with a serving of raita and salan,” says Chef Rizwan Khader, who has been travelling around a bit to the districts of AP and Telangana to research the traditional pulaos.

At a preview lunch held for bloggers recently, Eatopian Chronicles had the privilege of tasting eight versions of the pulao, three of them being vegetarian, and the rest being a mix of chicken, prawn and mutton pulaos.

Let me begin with the most memorable ones. The killer for me was the Ajantha Kodi Pulao, a chef’s signature special of chicken biryani. Inspired by the epic classic pulao made famous by the restaurant Ajantha in Rajahmundry , this one was the most tantalising experience for the tastebuds. The pulao which uses only chicken legs or tangdi, is both spicy and muted by turns as the masala for the pulao uses cashew paste which tones down the fire of the super spicy chicken masala.

Coming second on my list of preferences was the Palnadu Kodi Pulao, which was a nice bright yellow shade thanks to a liberal use of turmeric powder. “The flavours are simple and predominantly of green chillies and onion, and this is a traditional dish of Palnadu in Guntur district,” shares chef Rizwan. While I love prawns, the Bhimavaram Royalla Pulao was a tad too spicy for me, the tear-inducing but only adding more fire on the palate kind.  The Konaseema Mamsam pulao, a Godavari coastal delight, is spicier than Palnadu pulao but a shade less than the Bhimavaram prawn one, thanks to the liberal use of coconut paste used in the masala. 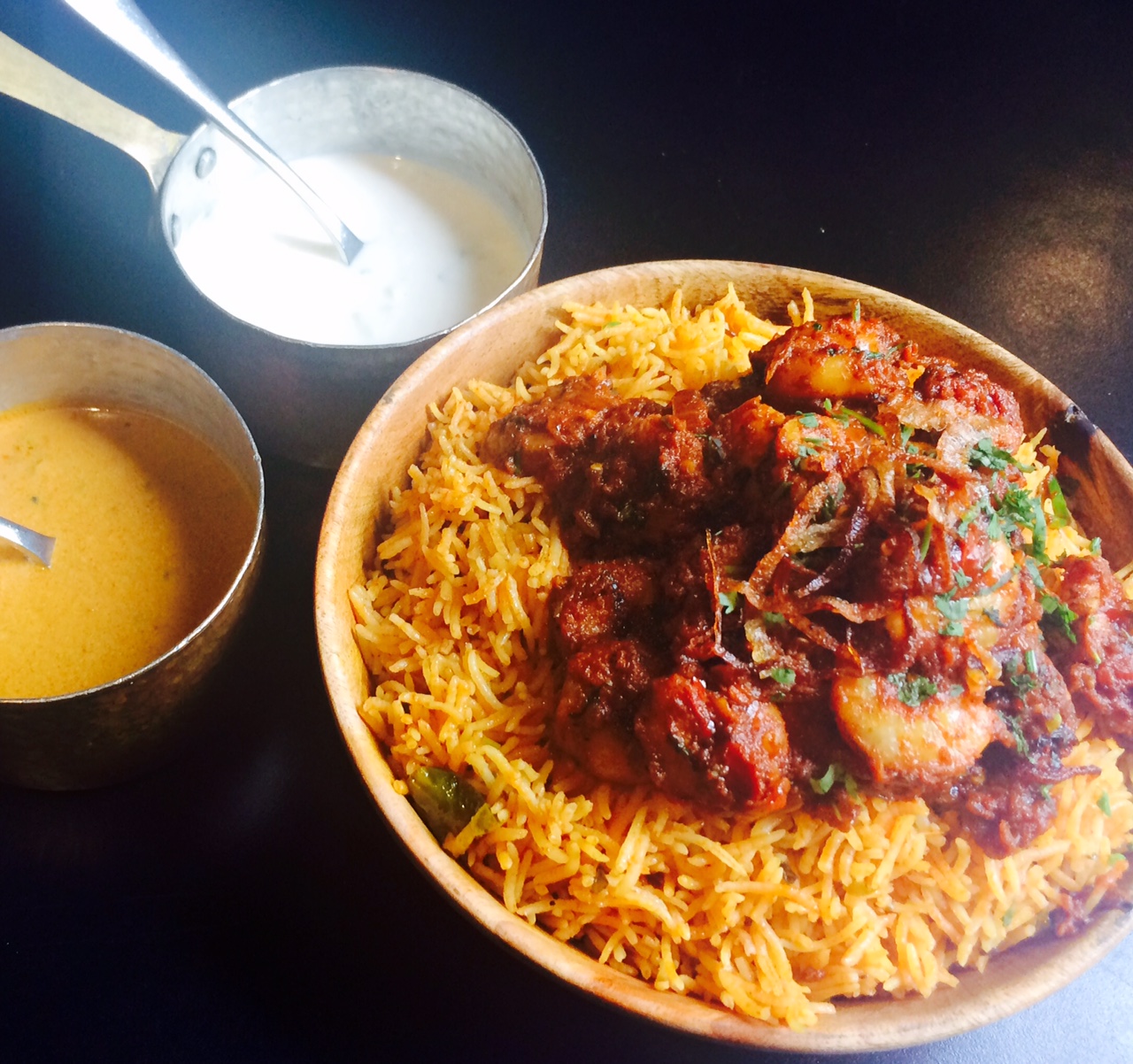 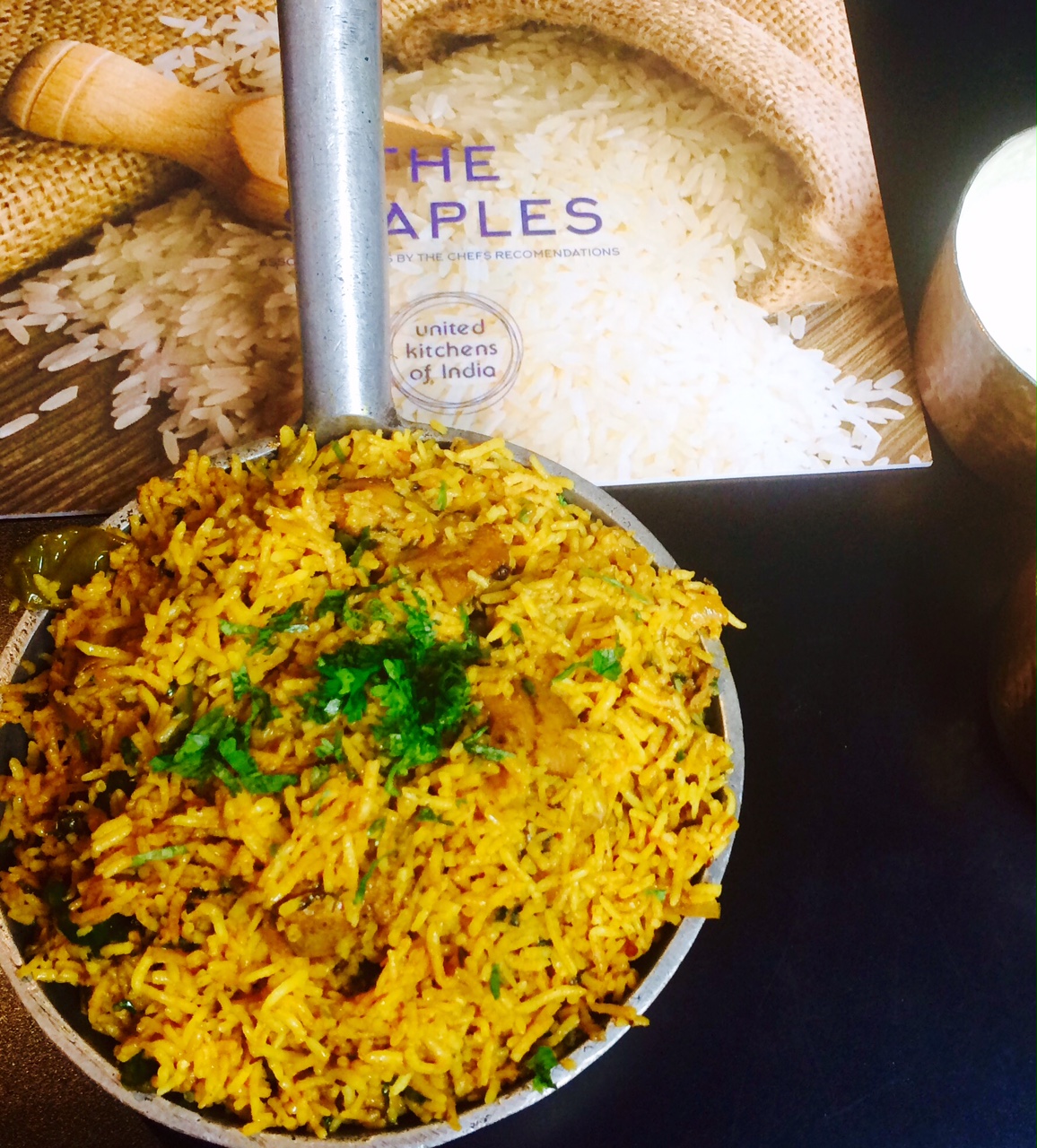 While most of these pulaos were of Andhra origin, there was also a Telangana special Yeta Mamsam, a traditional home-style mutton pulao using the simple garam masala ingredients used in Hyderabadi cooking like tejpatta, dalchini, elaichi used in baghara rice. Yeta which means Hunting, was traditionally cooked with hunted meat, but is now used interchangeably with the word mutton. 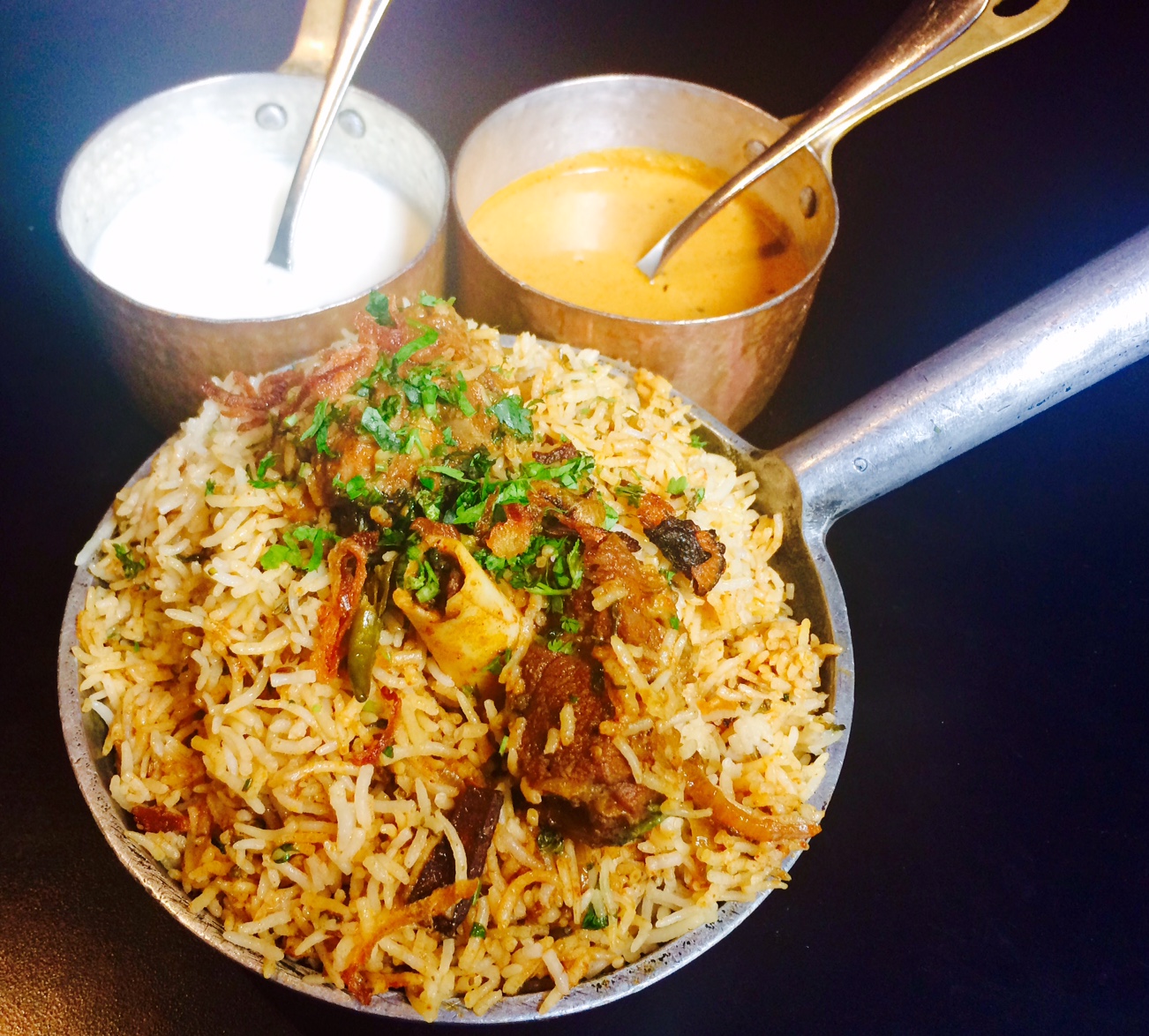 Vegetarians need not despair, there are a few options, including some which lead to customised add-ons like mushrooms etc . There was the humble Veg Pulao (the usual, nothing extraordinary) and the very homely Kothmira Pulao (pulao stir fried in a green chilli-coriander paste), but it was the Paneer Makhni pulao (listed under the Chef Specials) which truly stood out for being slightly sweet but packed with aroma and taste! And the mushrooms one was also in the Bhimavaram genre, spicy and packed with aromas! 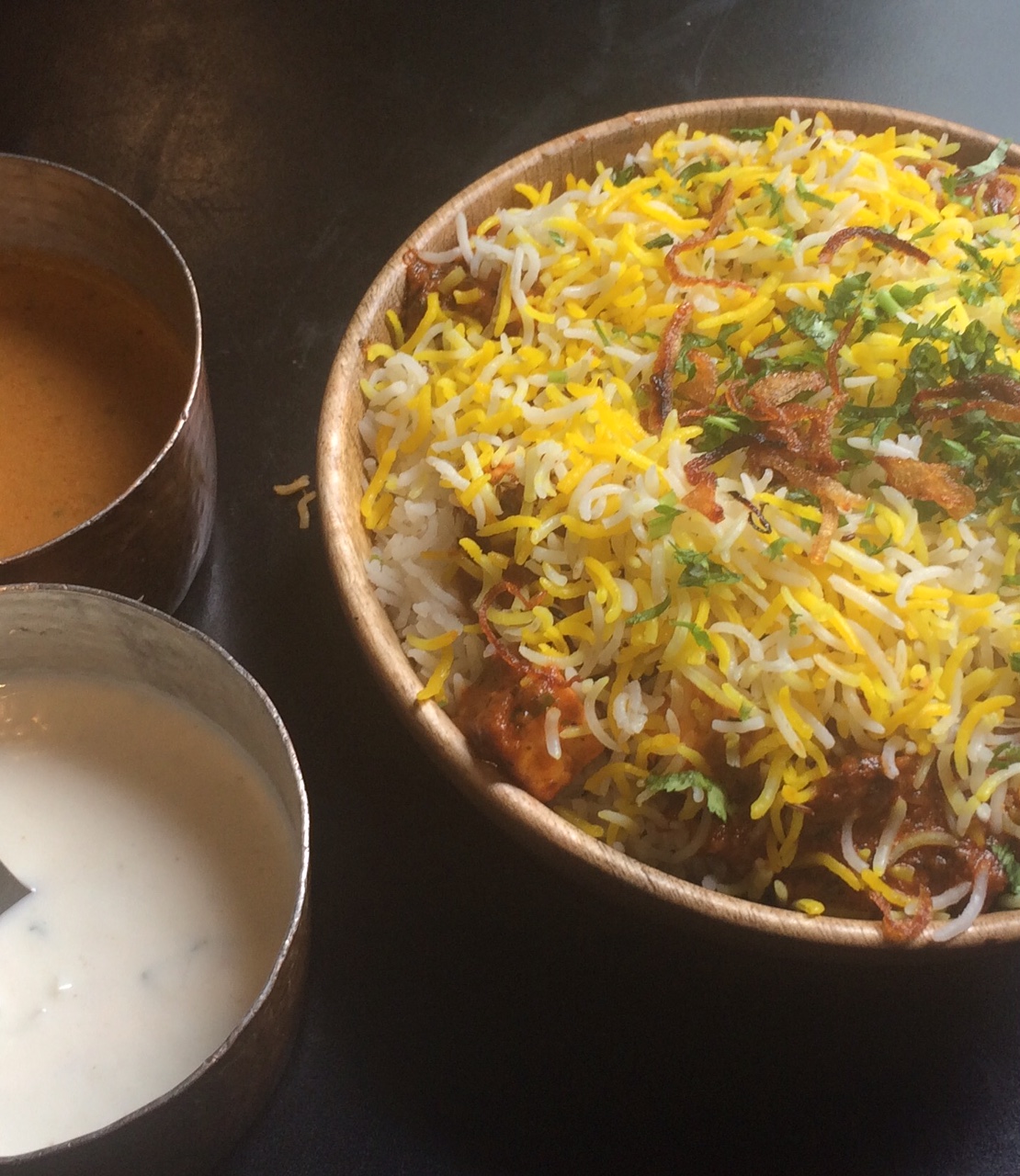