Kanak, the much-awarded Indian speciality restaurant of Trident Hyderabad is open only in the evenings to live music recitals and menus which are actively encouraged by the warm and friendly chefs to being customised. A recent promotion reviving heritage Indian recipes culled from ancient cultures like Delhi, Awadh (Lucknow), Rampur, Bhopal and Hyderabad however had everyone lapping up the dishes, no questions asked, except as to why should this excellent restaurant not be open in the afternoons too!

I was privileged to be invited to a preview of Rivaayat by executive chef Manik Magotra, the mastermind behind this initiative, and who was curating it for the third time in a row.

Without further ado, we got started on the superlative stuff, first with Khumb ka Gilawat and you would be forgiven for thinking that the absolutely melt in the mouth kebabs were of the original ingredient of mutton and not mushrooms, it just went down the throat with such ease! This was followed by the even more exquisite Khatti Kairi Ka Rampuri Jhinga, prawns marinated with yoghurt and raw mango in a tandoor. There was also the very ‘chat-pata’ Aloo Kachaloo, crisp baby potatoes and colocassia stir fried in a tangy chaat masala and other spices. Lagan ki Boti, mutton braised perfectly with fried onions and nuts, a Bhopali delight was also excellent, and it became very difficult to decide at the conclusion of starters, about which ones were my most favourite! 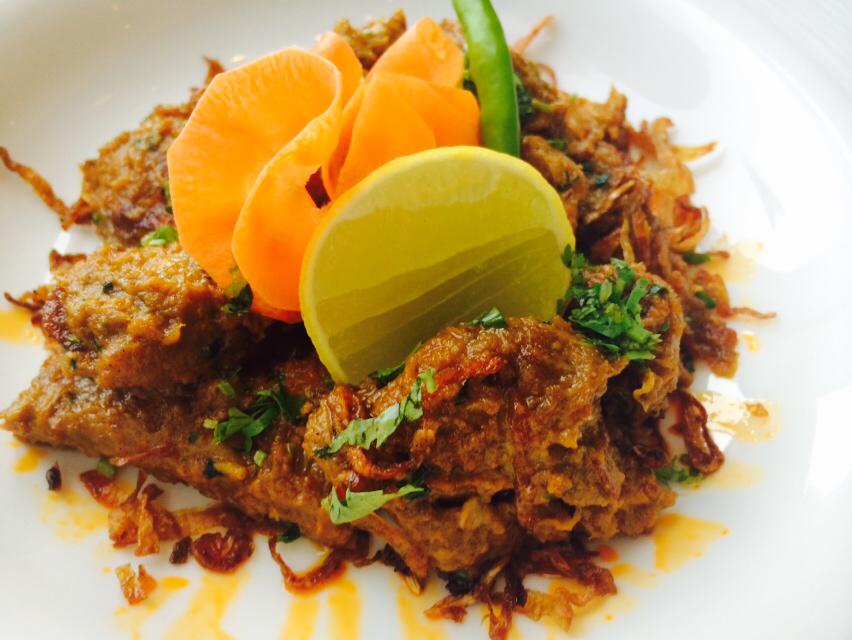 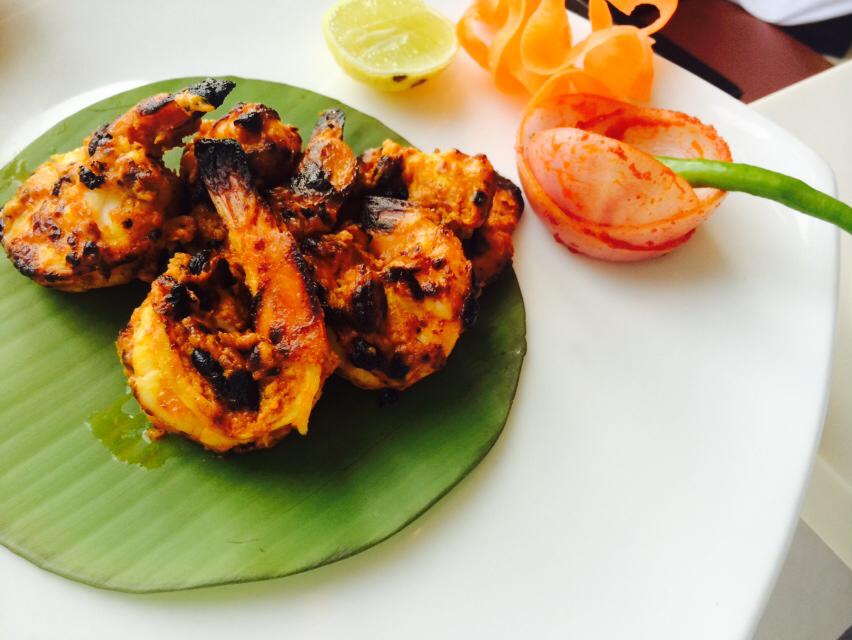 I was already stuffed but can one ever say no to food like this? So I did try a tiny morsel of Puran Singh ke Dhabe Walli Chicken curry, a bite of Makki ki roti with sarson da saag (perfectly creamy and green) served with ghee and gur. There was also Mahi Qaliya , Aloo Gosht (a Bhopali recipe), Lucknowi Peeli Dal and Baingan ka bharta. 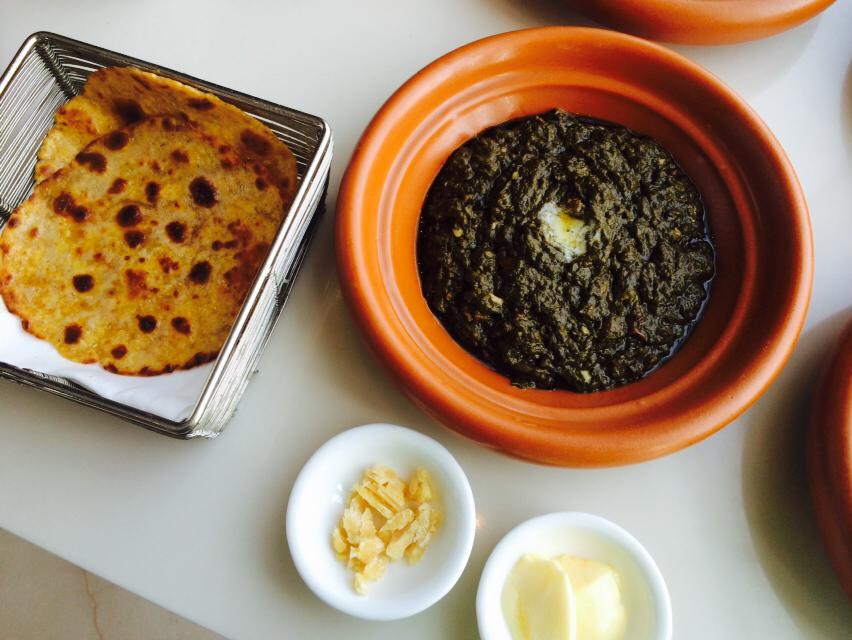 Obviously the star of the show was Makki ki Roti and sarson da saag, and thats why I have posted the picture. The aloo gosht and fish curry were good too, teamed up with the sweet sheermal and tandoori roti

Desserts time and I found myself holding a bowl of rose flavoured phirni and Dry Fruit Halwa, a traditional lauki pudding peppered with fresh and crunchy nuts. The phirnee was mercifully not too sweet and with that addictively soft creamy texture. The bottle gourd halwa was also non-greasy, light (as light as desserts can be) and quite flavorful thanks to the dry fruits!