Trident Hotels has always had its heart at the right place, in terms of upholding some of the best traditions of Indian cuisine at its speciality restaurants. Supporting it in this endeavour is the Delhi-based Oberoi Centre of Learning & Development (OCLD), which besides training some of the best talent in hospitality industry,  does some intense research of royal, historic and sometimes extinct recipes.

Rivaayat has been one such promotion by Trident of rarefied Indian cuisines and methods since 2015, so this was the fourth year in a row that Trident Hyderabad hosted Rivayyat-E-Patiala at its speciality Indian restaurant Kanak. This time it was promoting an heirloom cuisine from a rare treasure trove of a recipe book, dating about four centuries ago, belonging to the kitchens of the royal family of Patiala. Chef Parvinder Singh Bali, faculty of OCLD who was curating the festival, while outlining the challenges shares, “The pages were torn, fragile and the script was in Gurmukhi, which I had to decode with the help of a few relatives who knew the language. Recipe measurements were in tolas, masha and rati, and one recipe also mentioned an ingredient as simply “chaar aane ki ghee”! ”

Of the 450 recipes, while most of them are “chunky and rustic” using chef Bali’s words, some have foreign ingredients, like cranberry or some are even continental recipes like Italian mutton stew. The recipes book was compiled by Maharaja of Patiala Baljinder Singh who was a food connoisseur and had been passed on for generations until Capt Amrinder Singh, the cuheir apparent to the title of Maharaja of Patiala and who happens to be the chief minister of Punjab, was generous enough to share it with the chef and future generations. 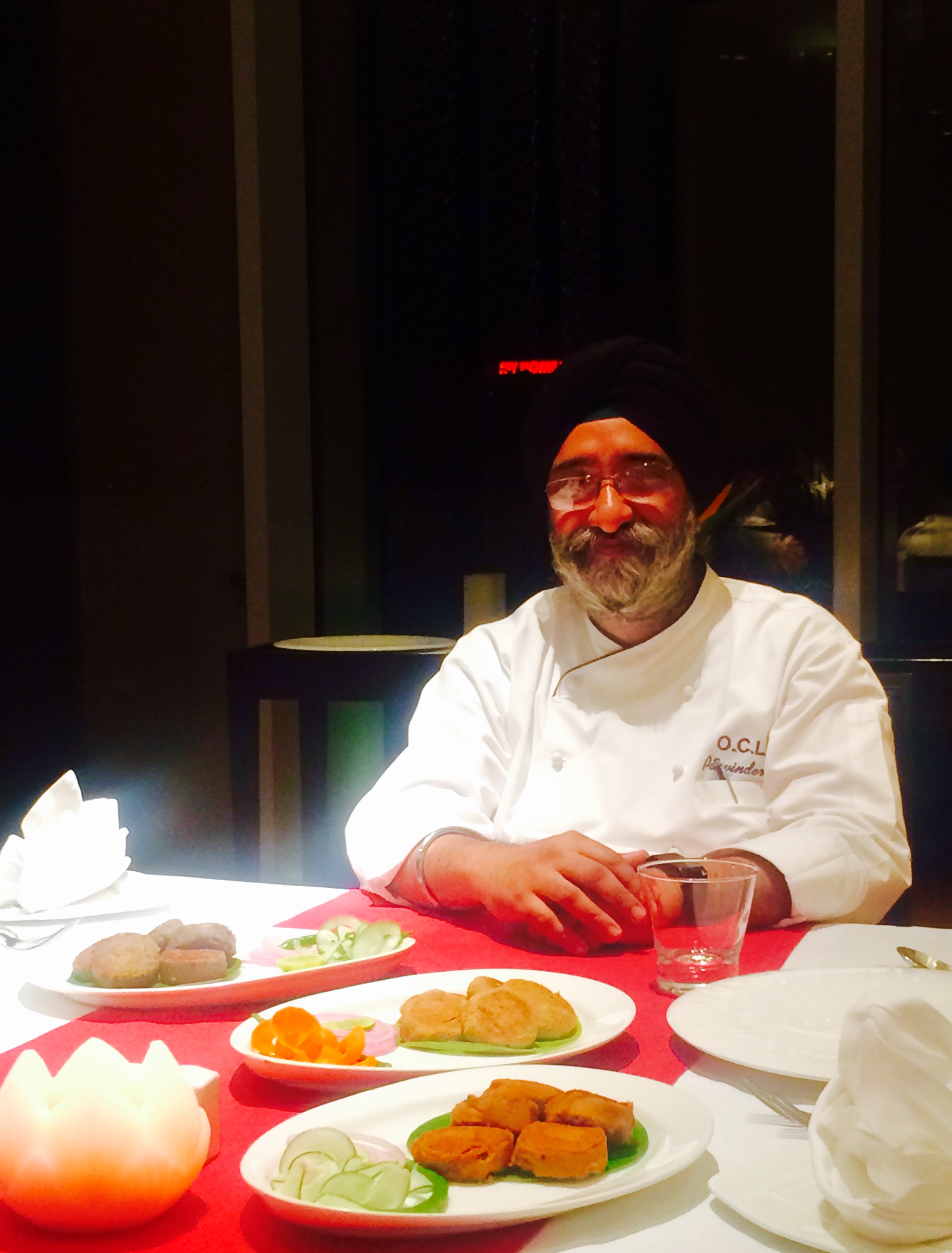 The labour of Bali’s love for history and heritage has paid rich dividends, however, as the food showcased at Rivaayat e Patiala was nothing short of the most rarefied gourmet. For starters we were served Khushk Mahi Kebabs (rohu fish kebabs), Mewey Walla Murgh rrent (boneless pieces of chicken leg marinated in clotted almond paste and chargrilled in tandoor),, Makhmali Chole walli tikki (chickpea ground to a paste and shallow fried), and Ashkari Champaan (tandoor roasted lamb chops),

Ashkari Champaan can be truly counted among the most royal lamb chops I have ever had, both in looks and in taste, I have had, coming as they did with a marinade of kasoori methi, yoghurt and mustard oil. This apparently was the favourite dish of Princess Ash of Kapurthala. Now please dont ask me who Princess Ash was or t which era or century she belonged to, thats for another blog! 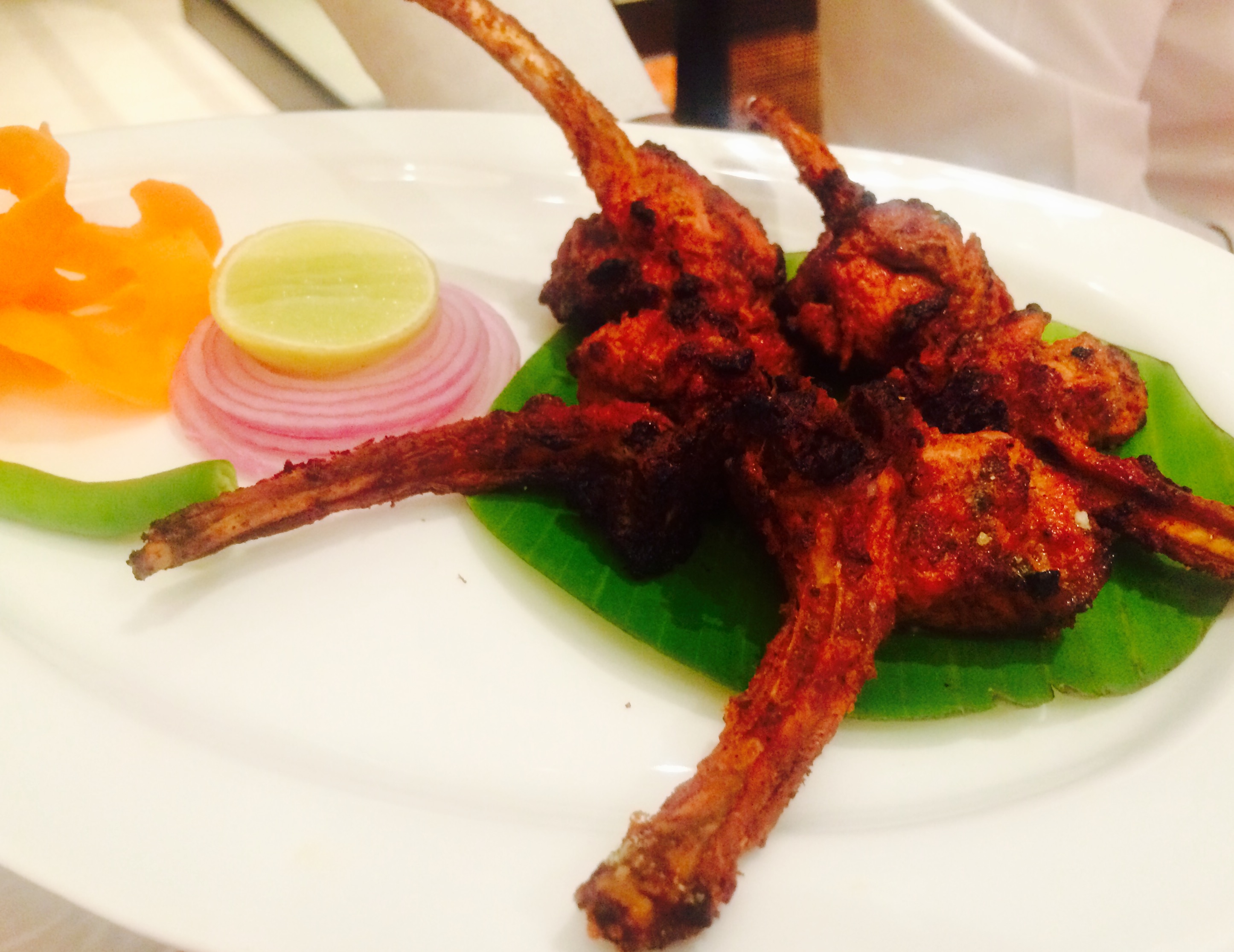 The fish kebabs, which were served with a delightfully tangy blackcurrant chutney, were subtly spiced but stood out for their silken and well-ground texture. 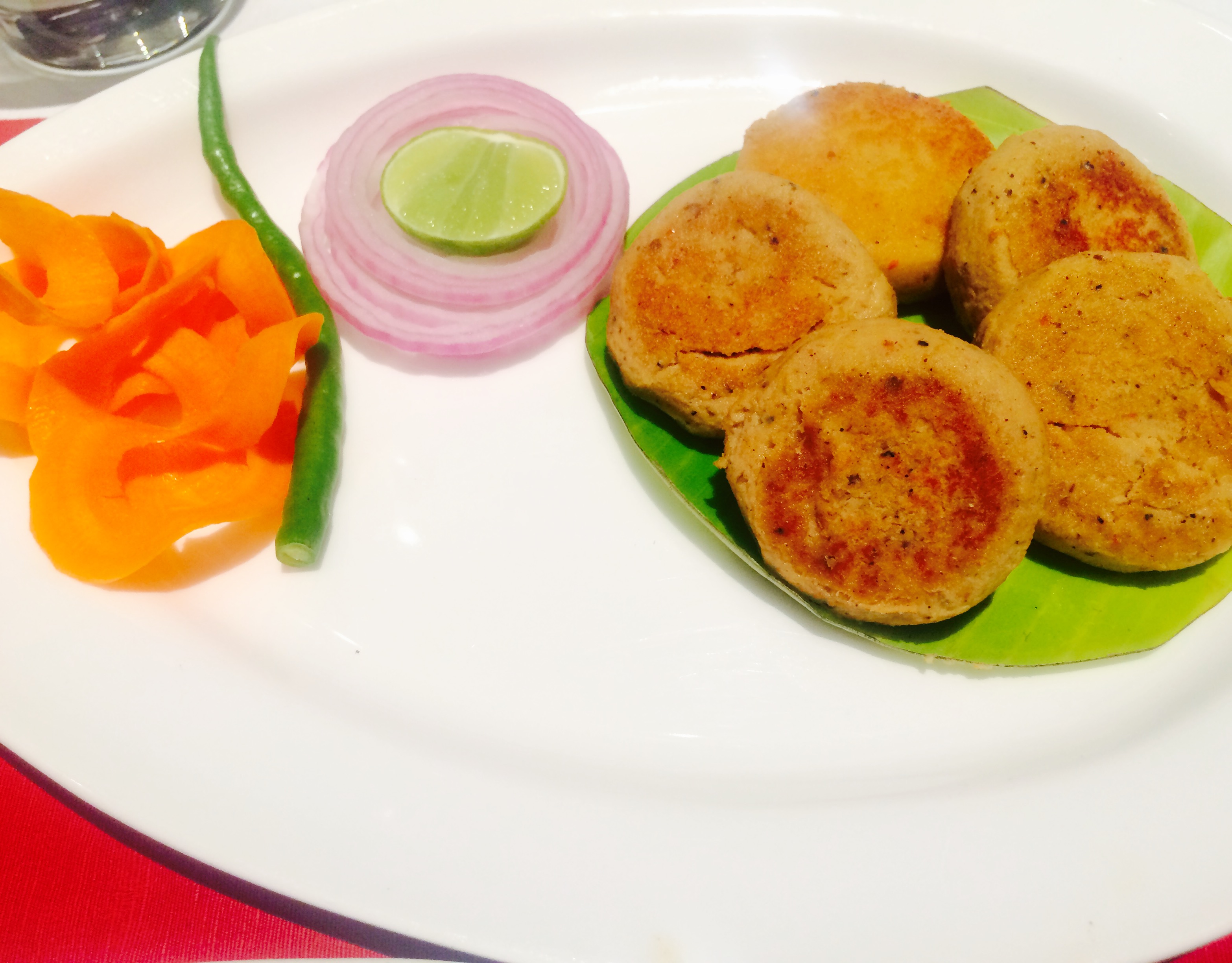 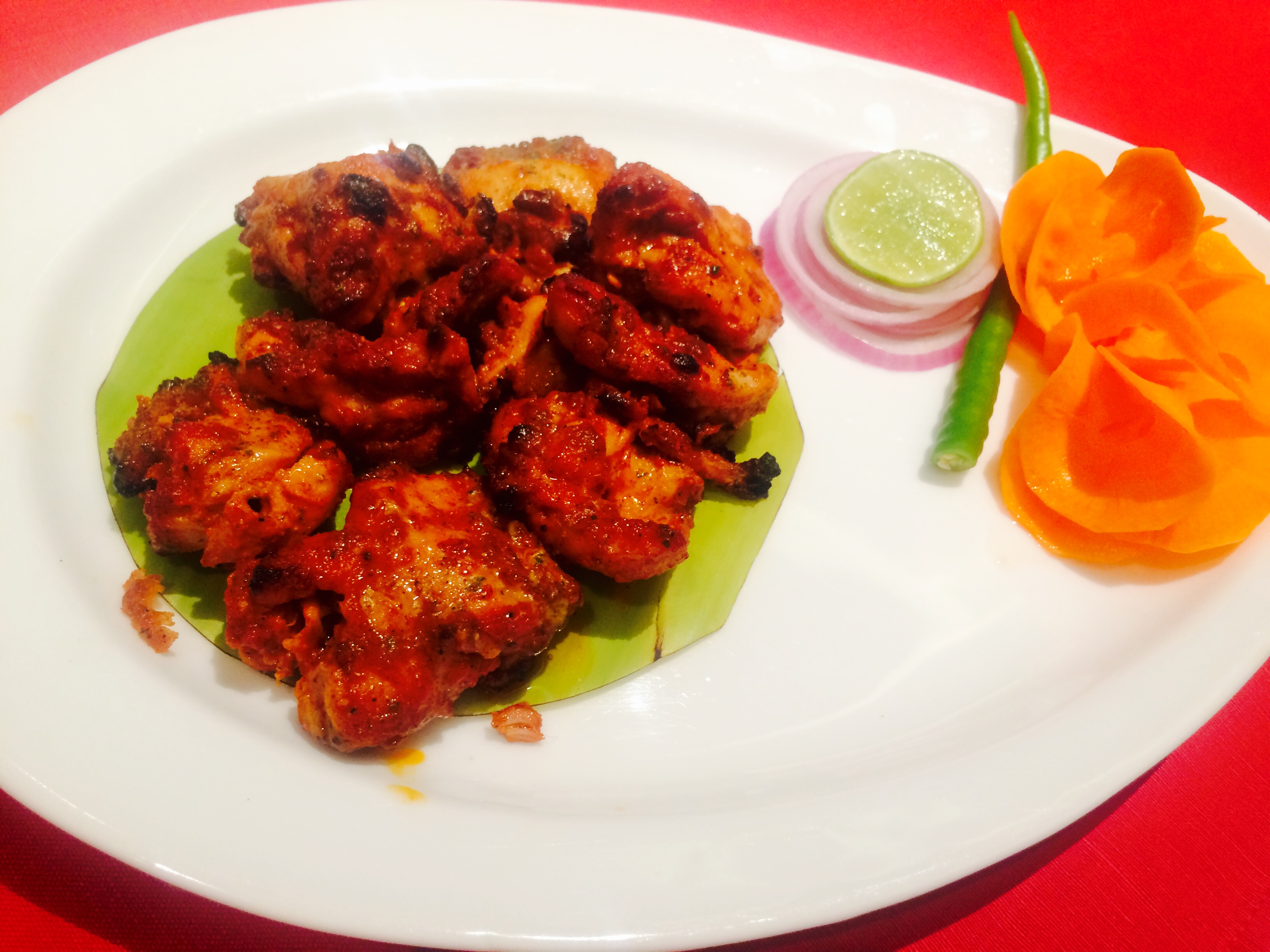 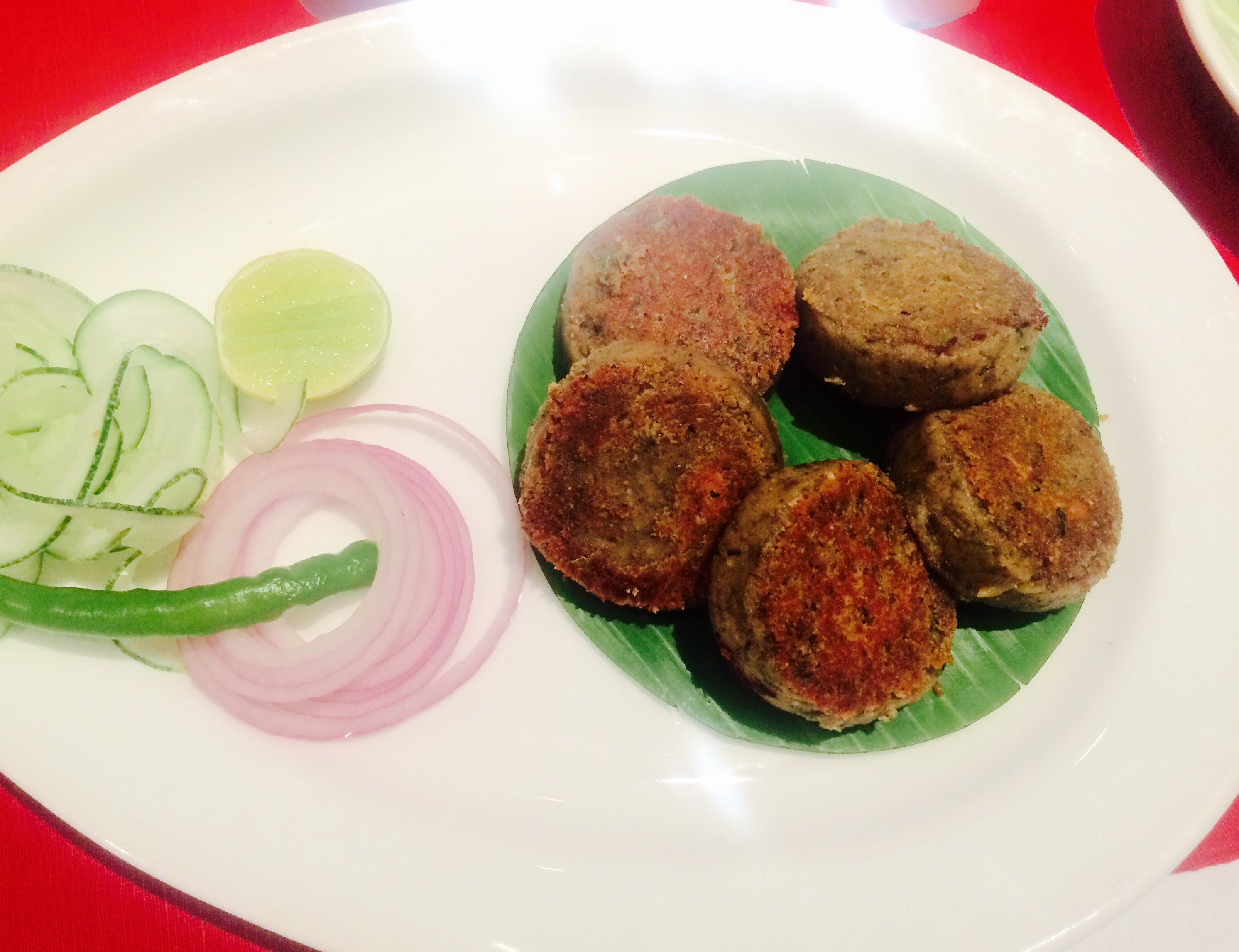 For main courses, there is Shalgam Walla Gosht, Peeli Mirch Walla Kukkad, Dum Bharwan Karela, Bhookh Pari Dal and Shahi Bhartha vying for our attention and the accompanying bread basket looks promisiing. There is Chawal Walli Roti (yummy and crisp, made of rice flour and seasoned with green chillies and coriander), Jaee Walli Paratha (made of oats) and Boti Pulao.

The Shalgam (turnips) walla gohst is robust and yet simple, mutton cooked with turnips and spices in a sealed earthen pot but it is the Peeli Mirch Walla Kukkad, chicken stir-fried in a thick gravy with onions and yellow peppers (a Continentally influenced recipe, obviously) which grabs centrestage on my palate. This has a certain young and fresh flavour to it, just the perfect dish to have eat with the hot Chaawal walli rotis.

I also liked the karela (bitter gourd) preparation, which has been tempered with both tamarind and a yoghurt-based gravy to counter the bitterness of the vegetable and it is nothing short of a royal dish. The humble eggplant is oven-roasted brinjal, mashed and cooked in dum with yoghurt and onions. 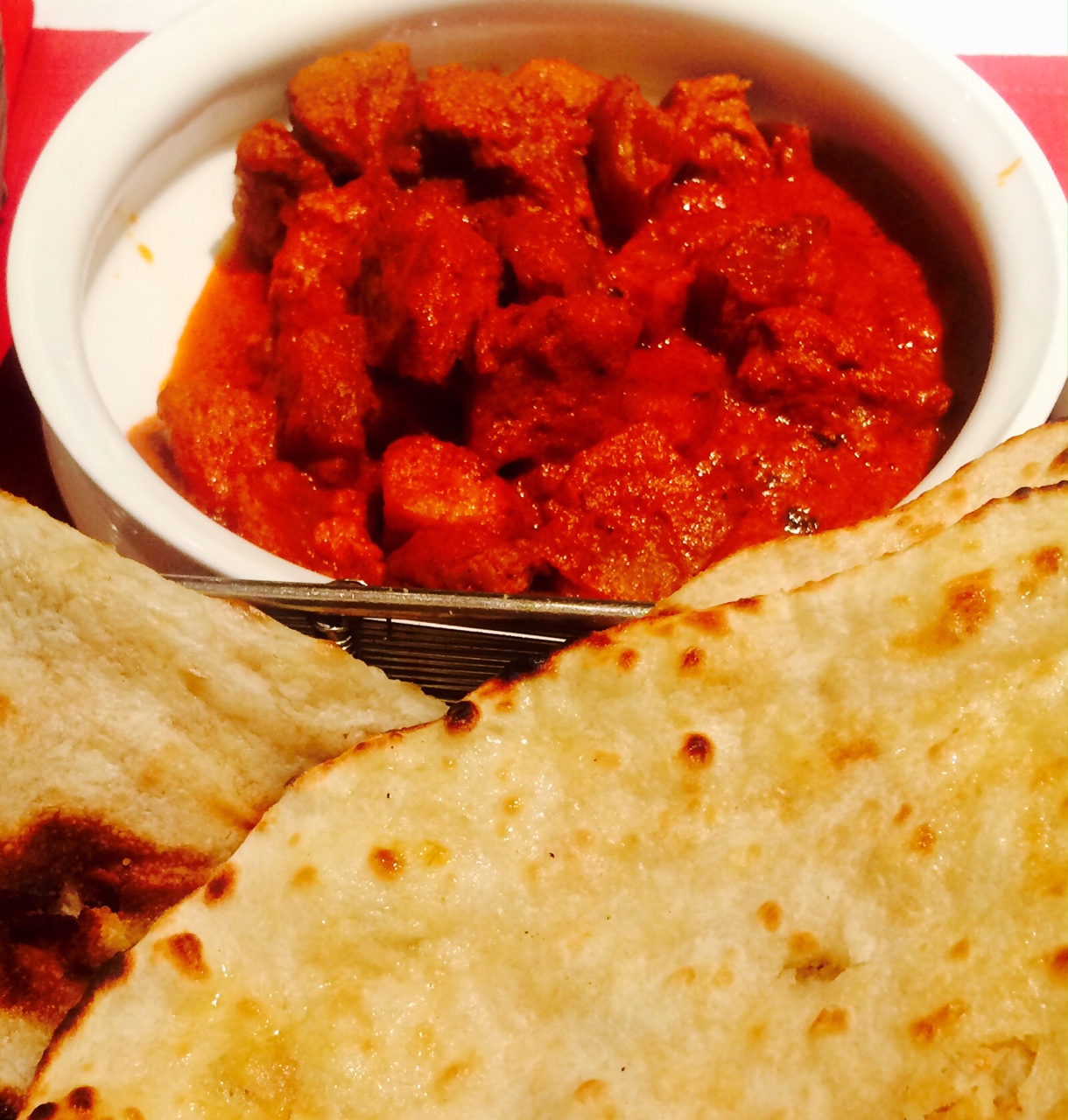 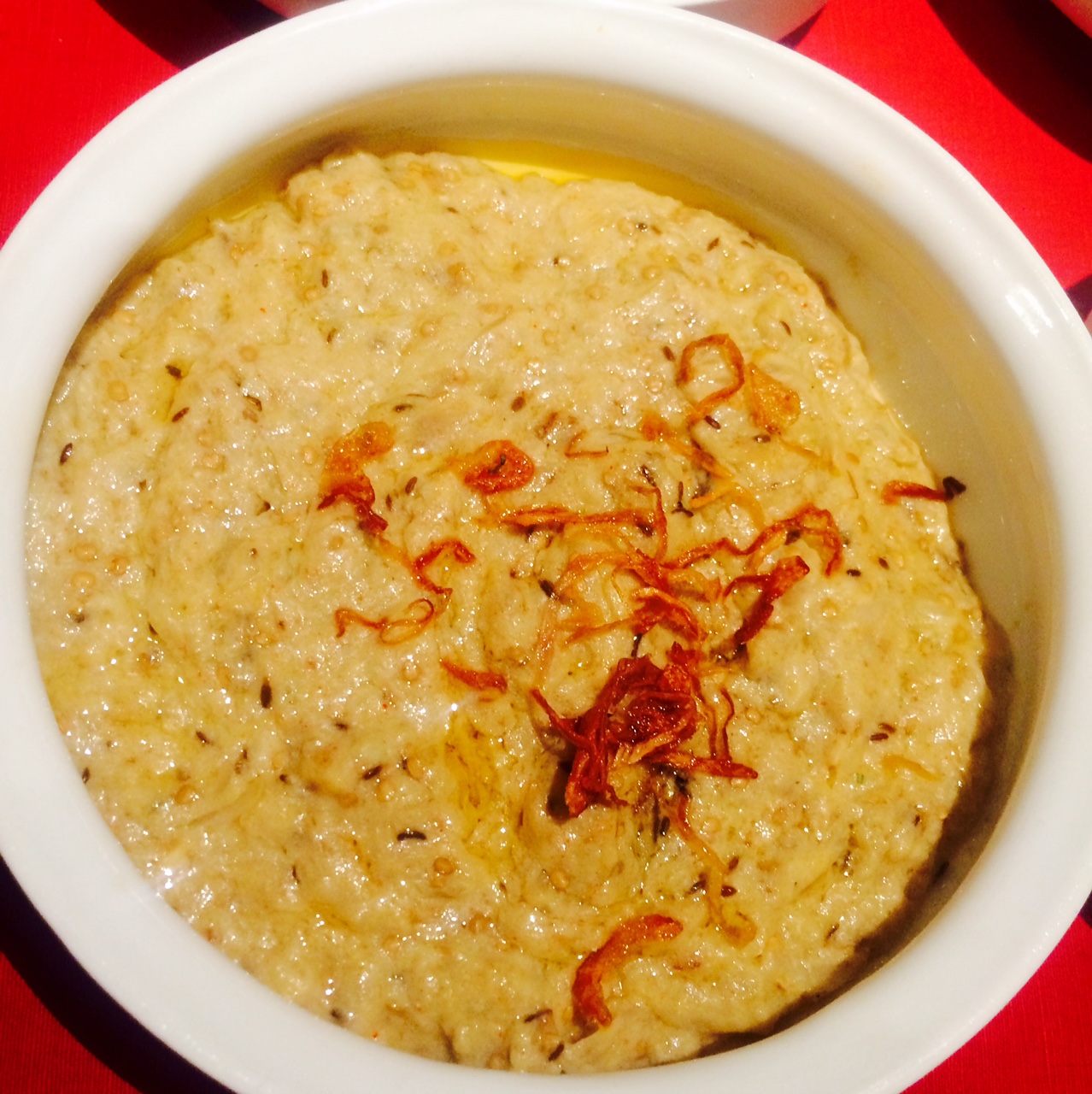 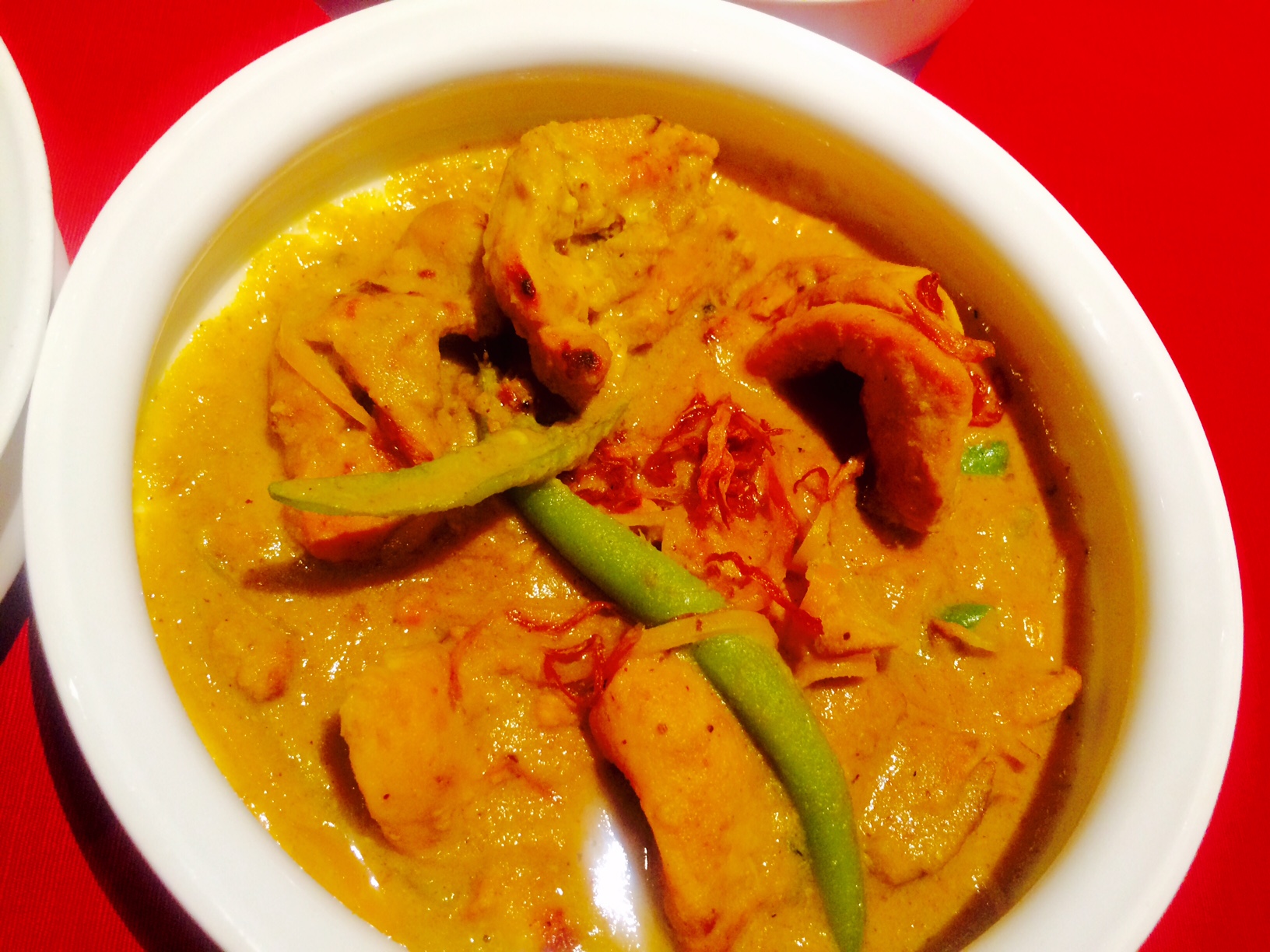 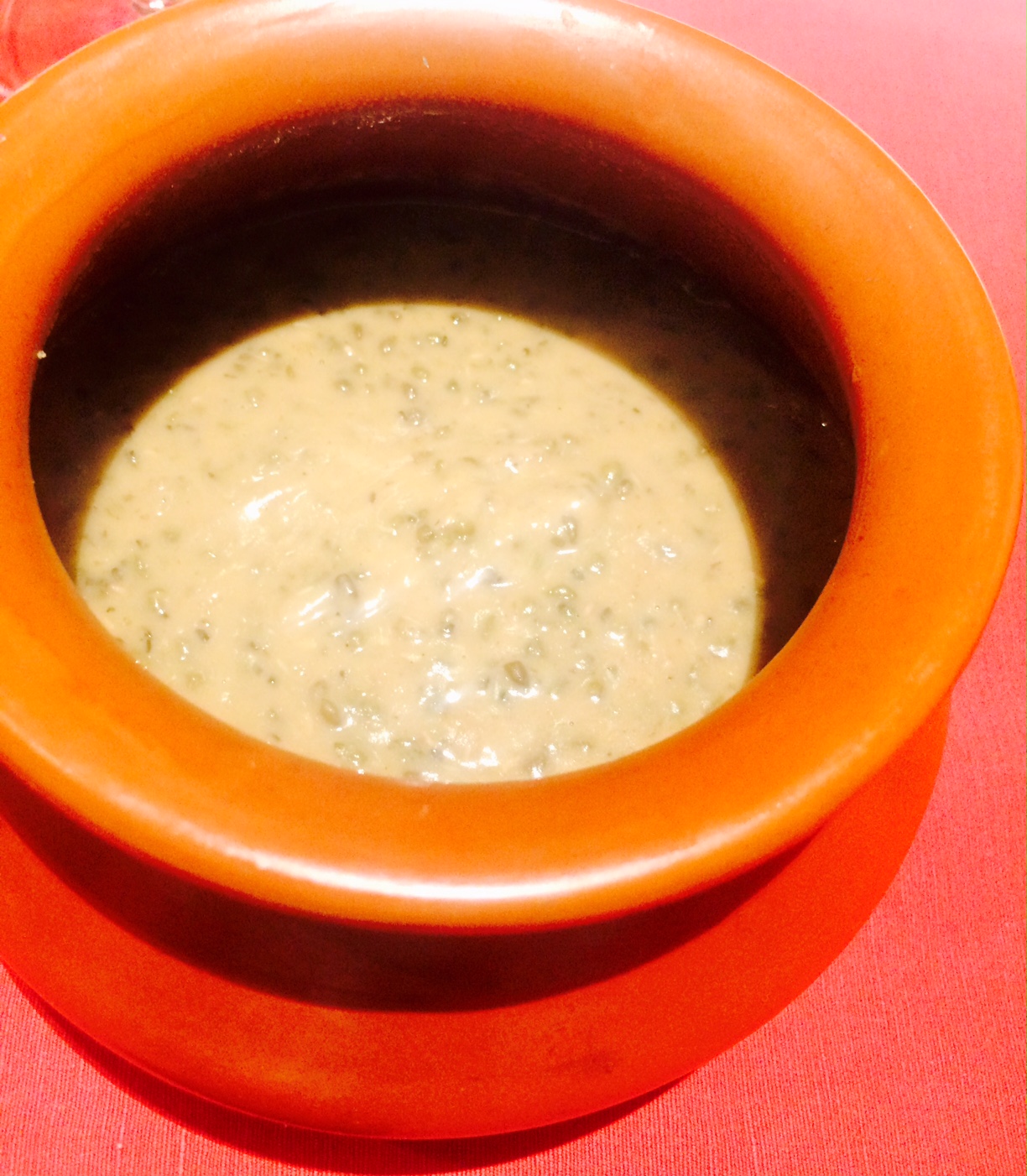 Desserts time and there is a surprise awaiting us. While the phirni looks nice and inviting, what is the green-looking halwa type of thing in the other bowl, especially after we are informed by chef Bali that its definitely not lauki ka halwa. I have a spoonful, only to get a sweet taste, finished with a sharp ending. Can you guess what it was, dear readers? 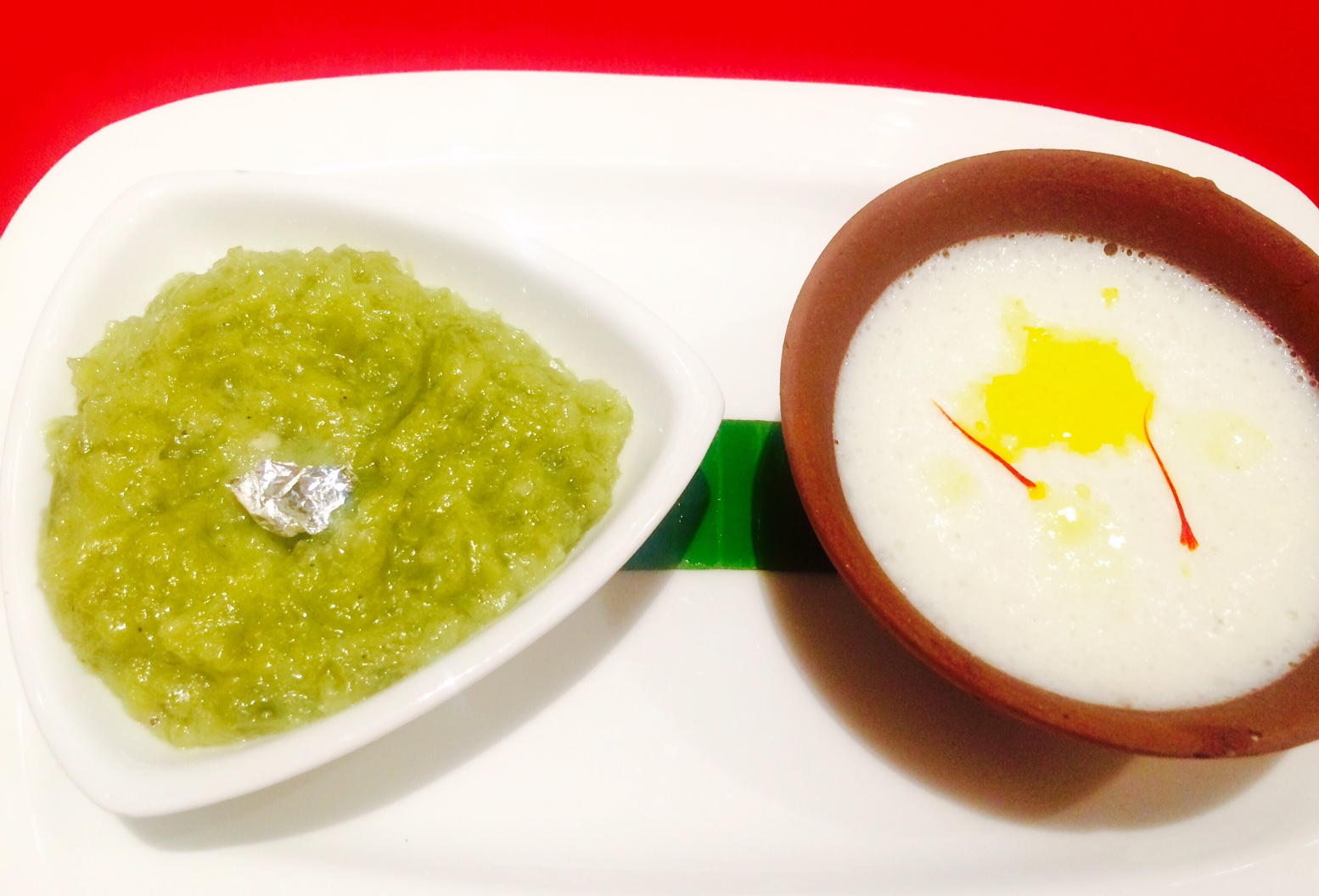 Mirchi Halwa (on left) and Phirni (on right)

Well now that you might have spotted it on the caption, it was indeed Mirch Ka Halwa!