The Man from Mylapore

For connoisseurs of South Indian food, and that definitely excludes the typical idli-dosa mindset, Dakhsin, the speciality south Indian restaurant across ITC properties in India, to me, defines excellence and the diversity that can be the hallmark of food in the states south of the Vindhyas.

Dakshin has traditional home-style and signature specials culled from housewives and cooks in remote corners of the five southern states (including Telengana), and is a personal favourite.

So, when an invite to a Mylapore Magic food fest landed, I was all agog, especially as I did not know much about Mylapore cuisine. I only knew that it is a pretty ancient suburb on the outskirts of Chennai, known for its temples and being a Tamil Brahmin bastion, it was also noted for its  completely vegetarian (in the days of yore, even sans onion and garlic) temple kind of food.

So, there I was, one afternoon recently entering Dakshin, which had been festively decorated with colorful festoons much like it is at Mylapore temples. Sitting across the table with us was Chef Rajan, in his seventies, with a constant beatific smile. Rajan is an old ITC hand, having worked with the hotel group since the ’70s. While he is based at ITC Grand Central Mumbai at the moment, he has worked a long number of years in ITC Maurya in Delhi and prior to that with the Woodland hotel in Chennai too.

Three Chefs: Chef Rajan, our man from Mylapore seen in centre along with executive chef Paul Noronha on his left and South Indian sous chef Sankara on his right

“Those were the days when our salaries were in three digit figures but we took immense pride in our hotel uniform. I have gone to school only till Grade V but have learnt from life in the kitchen. I count among my greatest wealth, the compliments from personalities like the great singer MS Subbulakshmi and former Prime Minister PV Narasimha Rao,” says Rajan, whose Hindi is quite perfect for a ‘Madrasi’.

When the menu of Daskhin was curated, Chef Chalapathi Rau, the then executive chef of ITC Kakatiya was the custodian of the new menu and mentoring him through the exercise was Chef Rajan.

Coming back to the Mylapore Magic, Rajan started us off on some Thakali Rasam, a tomato-rasam with loads of pepper, cumin and garlic, wholesome, flavourful and simple. The Iyer’s Special Trolley, a Dakshin special, consisting of banana dosa, paniyaram and Adai, was passed around along with coconut, ginger and tomato chutneys.

But the definitive snack came up next, Bread Bom, a Chef Rajan special, bread cutlets, more of a sliced Medu wada lookalike stuffed with assorted vegetables and cheese and topped with a tangy chaat masala…Crisp and yummy!

Chef Rajan beams widely when I tell him its scrumptious and promptly shares the recipe. Here is how the Bread Boms (yes thats how its spelt on the menu!) looked like: 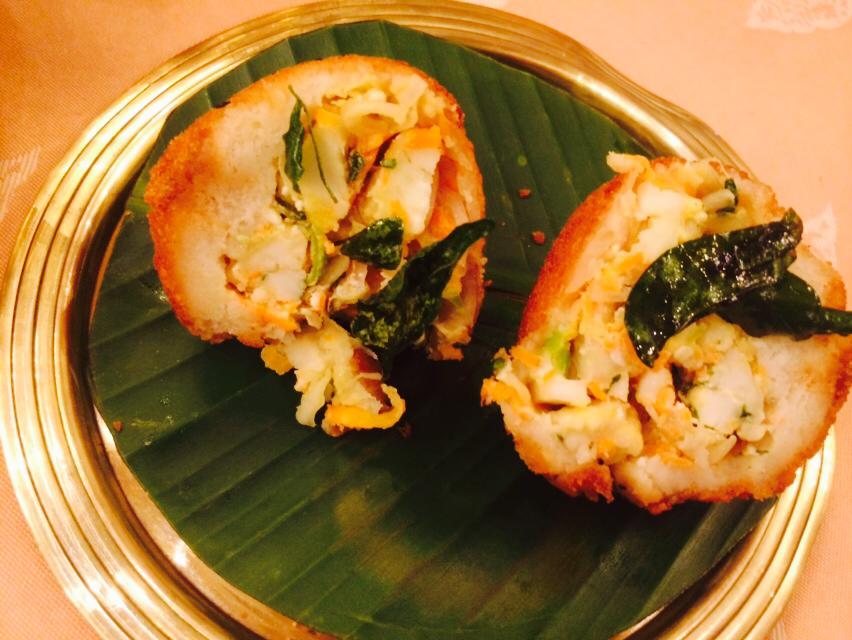 Time for Sarvottam or the mains and we are served some Urulai Roast, baby potatoes tossed with fried onions, Murmgaikai Vathakuzhambu, a drumstick-baby onion curry cooked in a sweet-tangy gravy (using the typical dhania-jeera masalas used in Mylapore homes), Malabar Avial in the vegetarian courses. 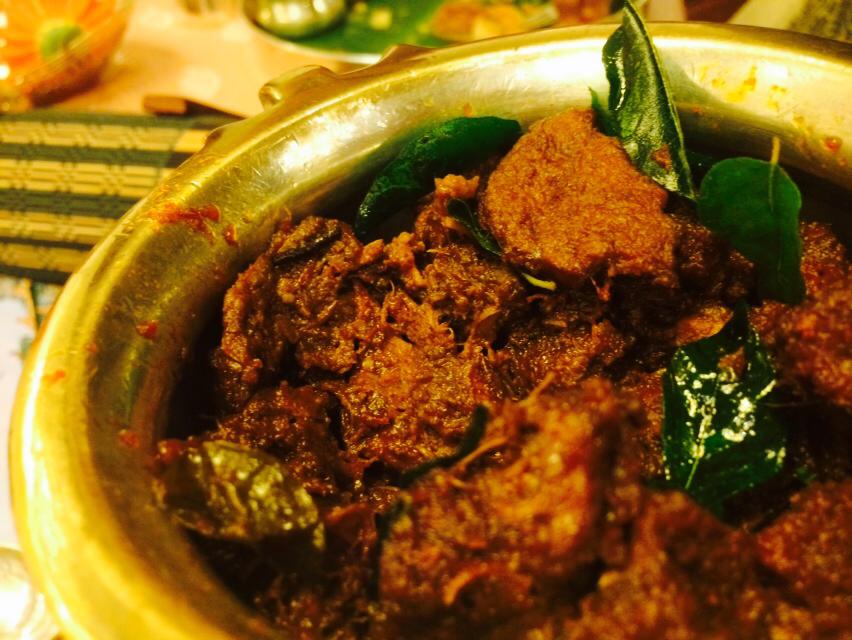 These splendid curries were teamed up with Veechu Parathas and hot, fluffy appams. About the mains, the Vainchina Mamsam, a Chef Rajan special and also Dakhsin’s signature dish, was superlative stuff.

Though Mylapore food is vegetarian depending mostly on pepper-coriander-cumin-ginger kind of seasonings and mostly without onion and garlic, modern improvisations have led to adaptations. 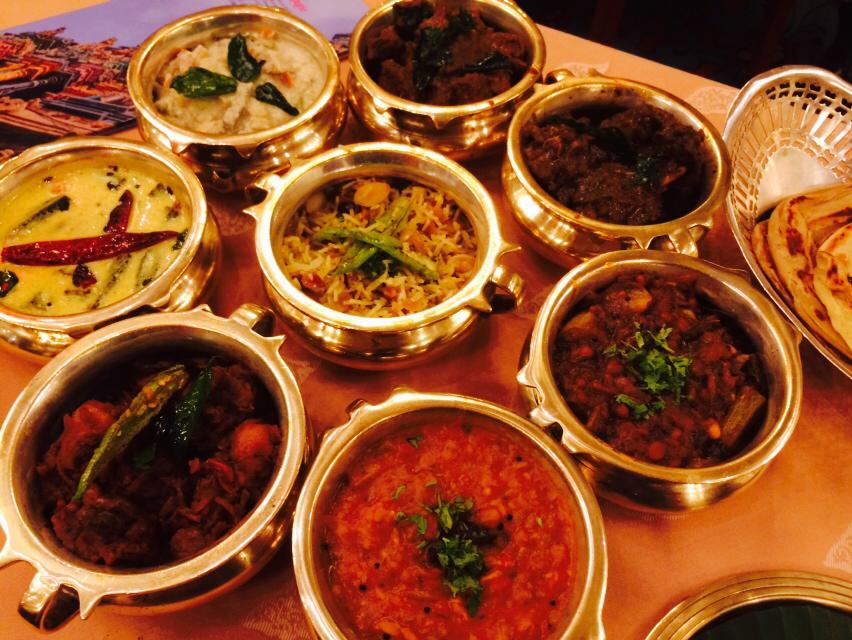 For desserts, there was Basundi and Semiya Payasam, both of which were frankly nothing to write home about.

My takeaway from this otherwise-excellent meal at Dakshin, however, was of a legacy such as that of Chef Rajan’s, where striving towards excellence came with the chef’s clothes and simplicity in attitude was a given.

The Mylapore Magic promo is on until July 31st for dinner on an a la carte basis.